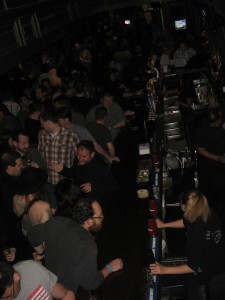 Many thanks to all the supporters who attended the CBLDF’s NYCC Welcome Party last Thursday! There was an unprecedented turnout, and it seemed that everyone had a great time. Extra thanks go to our co-sponsors, Image Comics and The Beat, who were on hand to celebrate with us.

The crowd was packed, but festive, and there was a palpable sense of excitement for the weekend to come. This was the premiere event for the 2010 LIBERTY ANNUAL, and several of the contributors were on hand, including project editor Larry Marder, Paul Pope, Gabriel Ba, and Fabio Moon. 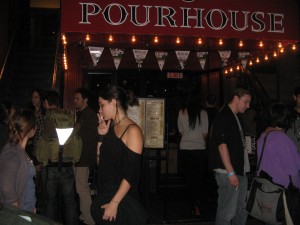