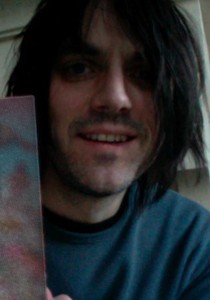 Frank Quitely is an illustrator who is universally acclaimed for his unique dynamic style — a style that perfectly complemented Grant Morrison’s visionary redefinition of Superman in All-Star Superman. He also lives in Scotland, so he’s a bit hard to find around these parts! However, CBLDF has talked him into a visit Stateside, and now you have a chance to join him for lunch during WonderCon in San Francisco or for drinks in New York!

CBLDF is auctioning off two chances to meet Quitely! Two lucky fans will get the rare chance to spend time with one of the superstars of modern comics!

For West Coast fans, you can bid on a chance to join Quitely for lunch one day during WonderCon, taking place in San Francisco, April 1 – 3, 2011. Bid on lunch in San Francisco here!

Don’t miss your chance to meet Frank Quitely during a rare US appearance! CBLDF is delighted to offer one fan the opportunity to join Quitely for lunch in San Francisco during WonderCon, April 1-3, 2011, and the chance for a second fan to meet Quitely for drinks in New York on April 5, 2011. Bid now to meet Frank Quitely in San Francisco or New York!