As promised, we’re taking a sneak peek at more of the one-of-a-kind artist sketch cards that will be randomly inserted in packs of CBLDF LIBERTY TRADING CARDS. Today’s cards all feature artists’ individual interpretation of Matt Wagner’s GRENDEL.

I’ve known Matt since we both entered the industry in the mid-‘80s. When I was at the helm at Image Comics, I got deeply involved in tracking down the lost film for his epic series MAGE and was proud to publish the second arc in the series. Matt was one of the first creators to give the thumbs up to lend his characters to CBLDF for other artists to draw.

Matt has supported the Fund for years. He’s worked tirelessly for us, donating art and signed books and working with us in so many and unique ways. Matt’s a genuine champion of the work CBLDF does in support of the First Amendment and an individual’s right to freedom of expression.

A lot of artists have drawn cards featuring Grendel. Here are a handful. Staring at the top right and going clockwise the artists are:

Zack Soto, creator of Studygroup12 and The Secret Voice 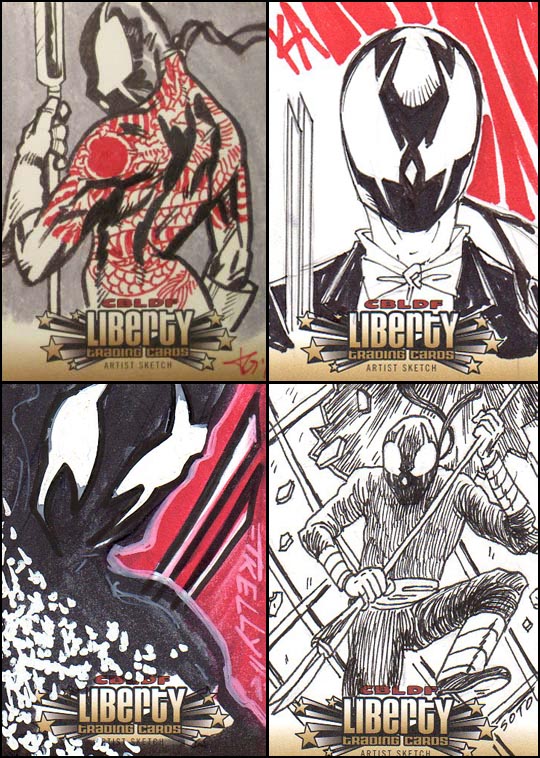 Thanks to all for pitching in and helping out your friends at CBLDF.

Next Tuesday, I’ll be back with more art and some storytelling about other parts of the project!