For the past two years, Things From Another World (TFAW) and the Comic Book Legal Defense Fund (CBLDF) have teamed up with comics professionals, such as Jim Lee, Charlie Adlard, Philip Tan and more, to help raise more than $60,000 for the annual CBLDF auction at San Diego Comic-Con. Now, TFAW and CBLDF are proud to announce their Third Annual SDCC Autograph Card/CBLDF Auction event!

As in years past, TFAW is asking artists to create original sketches to donate to the CBLDF auction at San Diego Comic-Con. However, this year, Marvel and DC Comics have generously agreed to allow artists to use their proprietary characters in these CBLDF sketches!

In exchange for their generous donations, participating artists will receive 500 free limited-edition autograph cards of their sketches to distribute in San Diego. TFAW will also give out additional copies of these autograph cards at their booth during the convention. 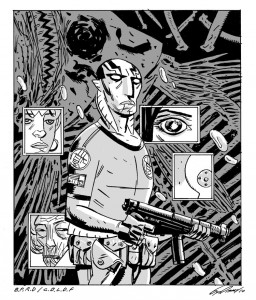 “We’ve had such a great response to these sketches at our past SDCC auctions,” said CBLDF Executive Director Charles Brownstein. “They’re a huge factor in helping the CBLDF achieve our goals and defending the First Amendment rights of the comics community.”

“In previous years, we’ve been blown away by the generosity of the comics community in donating these sketches,” said TFAW Senior Director of Retail Operations Andrew McIntire. “Plus, fans really enjoy collecting the sketch cards each year.”

In addition to the autograph cards, TFAW and the CBLDF will create articles highlighting each participant and their sketch on The Blog From Another World. To coordinate your inclusion in this event, please contact Andrew McIntire at andrewm@tfaw.com by June 24th with the subject line “CBLDF 2011 Auction” or via phone at 503.905.2395. Print-quality .EPS or .TIFF files for the autograph cards must be received by July 6th, and the original sketch can either be sent to the CBLDF’s NYC office by July 14th, or delivered to their SDCC booth by July 22nd. 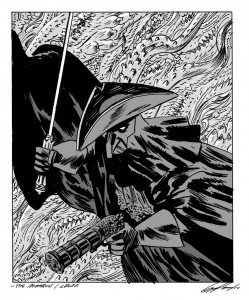 About the Comic Book Legal Defense Fund:
Comic Book Legal Defense Fund is a non-profit organization dedicated to the protection of the First Amendment rights of the comics art form and its community of retailers, creators, publishers, librarians, and readers. The CBLDF provides legal referrals, representation, advice, assistance, and education in furtherance of these goals.