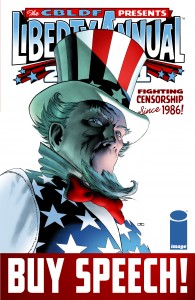 When you head to your local comic book shop for new comics today, don’t forget to include a copy of CBLDF LIBERTY ANNUAL 2011 in your pile of loot! All sales of the ANNUAL benefit the First Amendment work of the CBLDF, so you not only get a wonderful anthology — you also get to support one of the most important nonprofit organizations in comics! 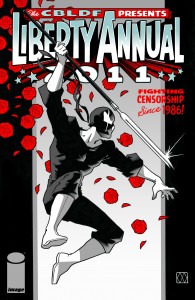 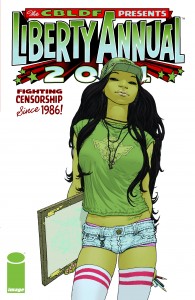 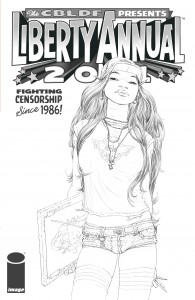 You can also join the fight against censorship by attending one of the following UNITED AGAINST CENSORSHIP signings: