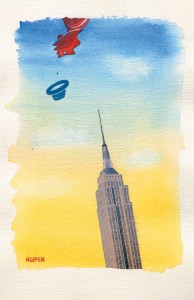 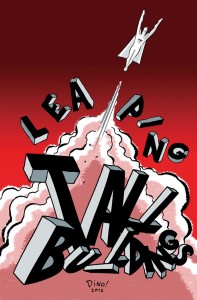 This Saturday, CBLDF’s favorite photographer Seth Kushner is celebrating the release of his new book with co-author Christopher Irving, Leaping Tall Buildings: The Origins of American Comics, with an unforgettable event in Brooklyn and the release of series of limited edition prints that benefit CBLDF!

Kushner explains: “To celebrate the release of Leaping Tall Buildings: The Origins Of American Comics, which I co-authored with Christopher Irving, I had the idea to commission artists who are featured in the book to create exclusive, limited edition art prints which would commemorate the book and give back to the comics community by having all proceeds go to the Comic Book Legal Defense Fund.” 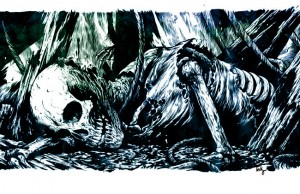 On Saturday, April 14, Kushner will join an all-star cast of comics creators for a day-long event celebrating the release of Leaping Tall Buildings. The official press release has all the details:

To celebrate the release of Leaping Tall Buildings, powerHouse Books and the authors will host the launch event April 14th at The powerHouse Arena in DUMBO Brooklyn at 37 Main Street.

The book launch festivities, free and open to the public, start at 3:00 PM with a series of panels and an exhibition of Seth Kushner’s inimitable photographic portraits of comic book luminaries.

5:00-5:45 PM: Behind the Pictures
Co-authors Christopher Irving and Seth Kushner discuss the trials, tribulations, and adventures had in interviewing and photographing the stars of Leaping Tall Buildings.

From 6:00 to 8:00 PM, powerHouse Books will host an evening reception, with copies of Leaping Tall Buildings on hand for purchase and signing by the authors and featured creators in attendance. Ron Scalzo (Q*Ball, Hooper, Bald Freak Music) will be DJ master for the evening.

ABOUT THE BOOK: Some are mild mannered geeks, others mad geniuses or street-smart city dwellers driven to action. These are the men and women behind the masks and tights of America’s most beloved superheroes. But these aren’t the stories of the heroes’ hidden alter egos or secret identities…these are the stories of their creators! Leaping Tall Buildings: The Origins of American Comics gives you the truth about the history of the American comic book—straight from the revolutionary artists and writers behind them. Leaping Tall Buildings assembles writer Christopher Irving’s interview-based essays and photographer Seth Kushner’s portraits of comic book creators into a narrative thread. The pair successfully started the project as the Graphic NYC website, www.nycgraphicnovelists.com, in December 2008.

Seth Kushner’s portrait photography has appeared in The New York Times Magazine, Time, Newsweek, L’Uomo Vogue, The New Yorker and others. He was chosen by Photo District News magazine as a three-time winner of their Photo Annual Competition. Seth’s first book, The Brooklynites, (with Anthony LaSala) was published by powerHouse Books in 2007. Currently, Seth is profiling real-life characters in CulturePOP Photocomix, and writing his serialized “comix neurotica”, SCHMUCK on TripCity.net.  Seth resides in his hometown of Brooklyn, New York with his wife, son and way too many cameras and comics. www.SethKushner.com

For more information about the book please visit: http://www.powerhousebooks.com/site/?p=11646

← Graphic Novel THE COLOR OF EARTH Is Second Most Frequently Challenged Book of 2011
CBLDF Blows Into The Windy City For C2E2! →