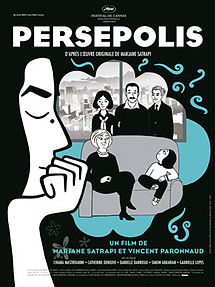 On the heels of Tunisia’s Nessma television channel director Nabil Karoui being convicted of “disturbing public order” and “threatening public morals” for airing the animated cinematic adaptation of Marjane Satrapi’s Persepolis on his station last October, artistic censorship continues to plague Tunisian artists in the post-President Zine El Abdine Ben Ali era. In recent weeks, the struggle between artistic freedom and government censorship has seen books seized from bookstores for alleged religious blasphemy and artwork removed from an exhibition for being “too politically engaging.” Ending government-enforced censorship was an integral aspect of the revolutionary movement in Tunisia, but instead of the practice coming to a halt, Tunisian artists are discovering that censorship is simply taking new forms.

Now, this form of literary censorship has become indirect — even after the popular uprisings that deposed former Tunisian President Zine El Abdine Ben Ali, and which demanded widespread freedom of thought. Adel Hajji, who works at the Al Kitab bookstore, the biggest bookstore on Habib Bourguiba Avenue in Tunis, stated that he has witnessed several cases of literary censorship in post-revolutionary Tunisia.

“Now, it is a religion-based type of censorship. Since the revolution, we had not faced any problems when importing books. But when we imported Moi, Mohamed, Esclave Moderne (Me, Mohamed, a Modern Slave) by Mohamed Kemigue, all copies were taken by the Ministry of the Interior for about a week, before they were delivered back to us,” said Hajji.

Hajji explained that the title of the book might have implied that its focus was on the Prophet Mohamed. Once the Ministry of the Interior made sure it was not related to religion, however, all copies of the book were returned to the Al Kitab bookstore.

Hajji’s experience draws attention to a critical aspect of censorship in post-revolutionary Tunisia — no clear explanation as to why art is being censored. The Ministry of the Interior confiscated, kept, and ultimately returned the Kemigue book, but never offered an official statement to the Al Kitab bookstore as to why either the confiscation or return happened, leaving the book sellers to offer conjecture. Farah Samti talked with Tunisian lawyer Abdessatar Zaafrani about the reasons for the confusion. Zaafrani explains how:

Tunisia never had a specific censorship law. “The most common way of forcing censorship is hiding behind excuses that the book could disturb public order, or that it is against our culture and faith,” he explained, elaborating that, “the judiciary system plays a crucial role when it comes to literary censorship. “If it is to be proven that a book could harm or misrepresent a person or a culture, a judge should be the one to make the decision of censoring it and not other authorities,” stated Zaafrani.

Confusion over the who’s and why’s of censorship has also plagued graphic artists. At the Printemps des Arts fair held at Abdelia Palace in the northeastern city of La Marsa, artist Electro Jaye was asked to remove a piece of his art, but the exact reasons remain unclear. Electro Jaye told Tunisia Live that “one of the organizers told me that he was receiving pressure from the State to take down my artwork because it was too politically engaging and might cause problems,” but Sadok Hendaoui, one of the event’s organizers, said that it was simply a matter of moving the artwork to a different location and not an issue of censorship: “We wanted the patio to be a free space,” claimed Hendaoui. However, as Tunisia Live‘s Ikram Lakhdhar explains, “other artists exhibited on the patio walls, and were not asked to remove their art.”

Complicating matters is that other pieces of artwork that were arguably more offensive based on their religious content were not censored. Hendaoui points to these pieces as proof that Jaye was not being censored: “We have more controversial artwork exhibited and we have no intention of removing it.” Yet the contradiction remains; if Jaye was asked to move his artwork inside and not remove it, why were the other pieces on the patio allowed to stay? And if Jaye’s artwork was censored because it was offensive, why were more offensive pieces allowed to stay?

As Ikram Lakhdhar explains, no one seems to have the answer and everyone is unsettled by the new government’s new censorship practices:

When answering the question about the kind of problems encountered with the current interim government, the commissioner of the show Meriem Bouderbala asserted that today Tunisia is going through a difficult transitional period, and that it is particularly essential that extreme ends of the spectrum in society find their voice. “I think this is good. We the artist need to express ourselves too, and we will not cede our place for others. A democratic republic cannot exist without artists. Look at totalitarian states, they are self-destructive.” She also insisted that the artist’s role is to always question society, destabilize conventional norms, and that the government should give them more attention.

This contradiction between Bouderbala’s words and what happened at the gallery on Friday raises questions about the boundaries on freedom of expression in Tunisia. The battle here appears to be between secularists and Islamists, but what is more important is that the Tunisian people have suffered decades of dictatorial censorship. Thus, a post-revolutionary scandal about censorship, especially involving the government and the art community, is an extremely sensitive matter and has larger consequences on the process of democratization.

The risks to artists and the people who support them are physical, as well as artistic. The day after Nabil Karoui aired Persepolis on Nessma, the station and Karoui’s home were attacked by fundamentalist Muslims.

Importantly, Tunisian artists are holding their ground and standing up to the new censorship policies. According to MidEastPosts.com:

A number of pro-speech efforts have been launched. And earlier this month — on the occasion of World Press Freedom Day — the blog Nawaat and the Tunisia Monitoring Group of the International Freedom of Expression Exchange launched a major free-speech campaign. Advertisements in Tunisian newspapers, billboard campaigns, anti-censorship videos, training sessions, and workshops will all be part of this initiative, according to Global Voices.

If there is a silver lining amid the shifting forms of censorship, it is that artists and their supporters have continued the fight for freedom of expression in post-revolutionary Tunisia. As the nation struggles to find its way, there will be both failures and successes — and in cases like the Printemps des Arts fair, they can happen at the same event — and as a result, it has never been more important for artists to have both an artistic voice and a political one, as well.