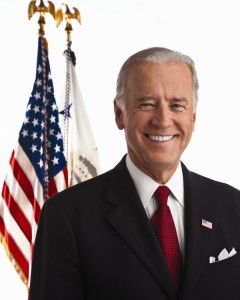 In the midst of talks regarding gun control, the government has taken steps to address a “culture of violence” that many have blamed for the recent spate of gun violence. According to an article in Variety, Vice President Joe Biden has invited the leaders of various entertainment and video game businesses to Washington DC to address concerns over violent media.

Despite a lack of scientific evidence that violent video game use and other violent media cause violent behavior (and a lot of evidence to the contrary), many political figures have called for regulation of the video game industry, from mandatory ratings systems (the current video game rating system is voluntary) to California’s failed attempt to restrict the sale of violent video games to minors. Most recently, Senator Jay Rockefeller (D – WV) introduced a bill mandating that the National Academy of Sciences investigate the effect of violent video games on children.

Variety reports on the meetings with Vice President Biden, making predictions about who could be in attendance:

The White House hasn’t released a list of industry reps who will be present, but it’s expected to include the heads of key trade associations, including Mike Gallagher from the Entertainment Software Assn., Gordon Smith from the National Assn. of Broadcasters and Michael Powell from the National Cable and Telecommunications Assn., as well as reps from the independent film community.

While Variety reports that it is unclear whether any action will be taken as a result of the meeting, it does call up the specter of the 1954 Senate hearings that led to the self-censorship of comics under the Comics Code Authority. The Comics Code arose under the auspices of fallacious pseudoscientific evidence, which falsely blamed comic books for violent crime. The same sort of inaccurate evidence is currently being used to attack the video game industry. The meetings with Vice President Biden likely will not carry the same vitriol or the same sense of pending governmental intervention as the 1954 Senate hearings, but they may well result in the same type of industry-wide self-censorship that could stifle constitutionally-protected creative expression.