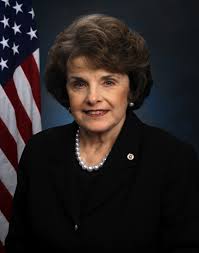 Democratic Senator Dianne Feinstein has joined an ever-lengthening list of politicians seeking to pin blame for outbursts of youth violence on the media’s favorite scapegoat, video games. Though also author of the most recent legislation to tackle an assault weapons ban, Anime News Network reports that Feinstein recently addressed her beliefs about video games to a crowd of 500:

Feinstein said that video games play, “a very negative role for young people, and the industry ought to take note of that”

According to ANN and the Associated Press, Feinstein implied that Congressional action would be likely if the industry did not take steps to self-regulate.

“If Sandy Hook doesn’t do it, if the knowledge of these video games this young man played doesn’t, then maybe we have to proceed, but that is in the future.”

In fact, some legislation is already being attempted, such as House Resolution 287, which would make age restrictions suggested by the ESRB ratings system legally binding for retailers.

Not all members of Congress are so intent on finding an obvious scapegoat. Feinstein’s fellow Californian, Nancy Pelosi, has spoken out against these assumptions, pointing to the numerous pre-existing studies that deny any link between games and gun violence. But Pelosi’s view continues to lost beneath vocal opposition to video games, regardless of the evidence.

← Obscenity Case Files: “I know it when I see it”
CBLDF’s Spring Harvest — Signed Comics From Great Creators Just for You! →