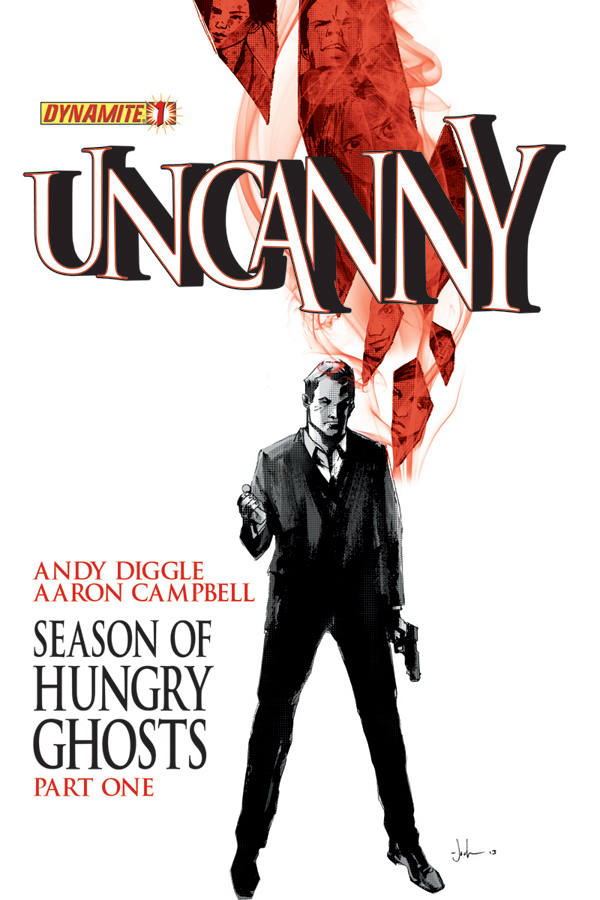 Andy Diggle will immortalize you in the next issue of Dynamite Entertainment’s Uncanny in a special auction benefiting the Comic Book Legal Defense Fund! Starting now, until May 15, CBLDF is running a special eBay auction where the winning bidder will be named as a character in Diggle’s Uncanny #2, coming out this July. In addition to being immortalized in the comic, the winner will also receive a set of all covers from the issue and a thank you note from Diggle himself! All proceeds from this auction benefit CBLDF’s work to protect the Freedom to Read.

Diggle says, “The CBLDF carries out vital work defending the First Amendment rights of comic book readers, retailers and publishers. I’m proud to be able to play some small part in this special benefit auction which will help raise awareness of freedom of speech issues in the comics medium and defend our Freedom to Read.” 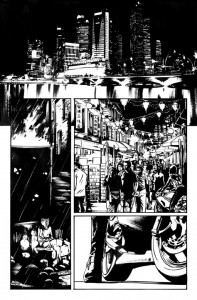 Uncanny kicks off Dynamite’s new crime line with gritty action as only Andy Diggle delivers. The series follows Weaver, who was born with an uncanny ability, he can steal other people’s skills — their memories, abilities, and expertise — for a limited time. A man with a power like that could change the world; but as a professional gambler, con-man, and thief-for-hire, Weaver prefers to look out for number one. That is, until he finds himself drawn into a dangerous game of international intrigue where the rules keep changing, the players are hidden… and the first thing he stands to lose is his life. And maybe, just maybe, he isn’t so unique after all… 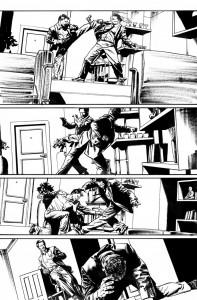 CBLDF Executive Director Charles Brownstein says, “We’re elated to be able to promote our important work to Andy’s legion of fans, and to offer them this cool once in a lifetime opportunity! All of us at CBLDF are especially grateful to the team at Dynamite for helping the Fund with this unique and fun benefit event!”

Dynamite Entertainment was founded in 2004 and is home to several best-selling comic book titles and properties, including The Boys, The Shadow, Vampirella, Warlord of Mars, Bionic Man, A Game of Thrones, and more!

Dynamite owns and controls an extensive library with over 3,000 characters (which includes the Harris Comics and Chaos Comics properties), such as Vampirella, Pantha, Evil Ernie, Smiley the Psychotic Button, Chastity, Purgatori, and Peter Cannon: Thunderbolt. 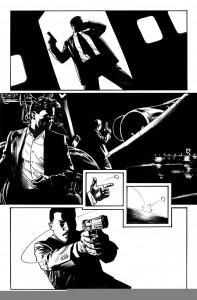 Dynamite is consistently ranked in the upper tiers of comic book publishers and several of their titles – including Alex Ross and Jim Krueger’s Project Superpowers – have debuted in the Top Ten lists produced by Diamond Comics Distributors. In 2005, Diamond awarded the company a GEM award for Best New Publisher and another GEM in 2006 for Comics Publisher of the Year (under 5%) and again in 2011. The company has also been nominated for and won several industry awards, including the prestigious Harvey and Eisner Awards.

Comic Book Legal Defense Fund is a non-profit organization dedicated to the protection of the First Amendment rights of the comics art form and its community of retailers, creators, publishers, librarians, and readers. CBLDF provides legal referrals, representation, advice, assistance, and education in furtherance of these goals. http://www.cbldf.org