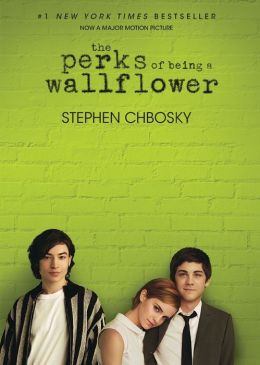 One of the most frequently banned and challenged books of the past decade has once again been pulled from public school classrooms after one set of parents objected to its content.

Stephen Chbosky’s The Perks of Being a Wallflower, which has met with critical acclaim and great success among teen readers and was made into a movie last year, used to be available for independent reading in 8th-grade literacy classrooms at Hadley Junior High in Glen Ellyn, Illinois. The book, which touches on (spoiler alert!) teen suicide, sexual abuse, homosexuality, masturbation, and consumption of alcohol, was not a required text, and students who selected it or any other book for independent reading were free to stop reading it at any time. In fact, the daughter of Jen and Brian Bradfield did just that earlier this year after she started the book and decided it was not for her — but the Bradfields nevertheless asked that it be removed from classrooms altogether.

In response to the request for removal, the Glen Ellyn school district followed its policy and formed a review committee comprised of teachers, school and district administrators, and a parent. After reading reviews of Perks and consulting with the Bradfields as well as the teacher who made the book available, the committee recommended that it remain in the classrooms. Late last month, however, the school board voted 4-2 to disregard this recommendation, and the book has now been removed despite pleas from students who have already read it:

Students said the book had relevance and importance to their lives and lives of their friends through its message of self-worth and individuality. They also noted the role the book has played in helping its readers realize they are not alone in feeling different, and its thought-provoking message about making choices…. Others objected to having someone dictate their reading choices.

Hadley literacy teacher Lynn Bruno also spoke in favor of the book before the board voted to remove it. She pointed out that while the book may not be right for one student, that does not mean that it should be made unavailable to all students:

I have children in my classroom who need this knowledge now because they’re facing those issues…. You cannot take away from children who need to have those conversations…just because it upsets some other children.

Perks made the American Library Association’s list of the top ten most frequently banned and challenged books in 2004 and 2005-2009.

← CBLDF To Honor Geoff Johns’ Iconic Green Lantern Run With ‘Greenest Night’ Event on May 24 In Hollywood!
Online Retailer Won’t Send Some Manga to Canada Because of Customs Seizures →