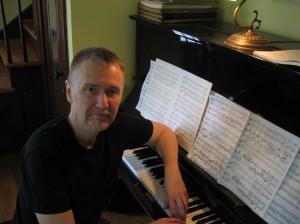 October 18 – 19, 2013, will see the inaugural edition of the Kent Comic Arts Festival in Kent, Ohio. In addition to celebrating graphic storytelling, the festival will also feature a special piano musicale from guest P. Craig Russell, who is donating the proceeds to CBLDF for our important work in defense of the freedom to read!

Held on the campus of Kent State University, the event will kick off Friday, October 18, with an art show and opening reception featuring artwork from the graphic novel version of Neil Gaiman’s The Graveyard Book. Russell is doing scripts, layouts, and finishes for the adaptation, and he is joined on the project by Jill Thompson, Michael Golden, David LaFuente, Kevin Nowlan, Tony Harris, Galen Showman, and Scott Hampton. Thompson, Hampton, and Showman are also guests at KentCAF. 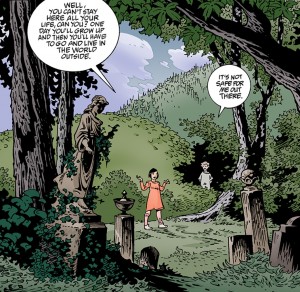 On Saturday, October 19, the main show takes place. Russell will present a live version of his master class video series, Guide to Graphic Storytelling, which will be followed by a signing and the event of the day: Russell’s piano musicale! Russell will tickle the ivories for fans, and all of the tips he receives while playing will go to CBLDF!