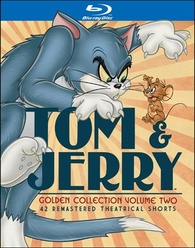 A new collection of Tom & Jerry cartoons has fans in an uproar over the exclusion of two episodes that Warner Brothers felt were “inappropriate” due to racially insensitive content. Fans are calling the move censorship.

At issue are the episodes “Mouse Cleaning” and “Casanova Cat,” which both feature the main characters in blackface. Fans believed that a new collection of episodes, Tom & Jerry: Golden Collection Volume 2, would feature 42 uncut episodes of the series, but Warner Brothers declined to include the two episodes because of the racially contentious nature of the content. The collection has been delayed several months, and upset fans are taking to the comments section of websites for vendors such as Amazon to voice their displeasure with the exclusion.

Despite a Warner Brothers spokesman telling the Independent on Sunday that the company felt certain content in the series would be ‘inappropriate’, when a Looney Tunes Golden Collection was released in 2005, actress Whoopi Goldberg was asked to explain why certain episodes were kept in the collection.

She said at the time: ‘Removing these inexcusable images and jokes from this collection would be the same as saying (these prejudices) never existed.

‘So they are presented here to accurately reflect a part of our history that cannot and should not be ignored.’

As a private company, Warner Brothers is within their rights to exclude the episodes, but many commentators are concerned that they are ignoring history in doing so. Further, as The Independent UK reports, fans argue that they understand the episodes are a product of their time:

Adult collectors say they are grown-up enough – and understand the time the cartoons were made – to be trusted with the material. Writer David Lambert, who has reported on the issue on the TVShowsOnDVD.com website, said: “Fans will realise they are a product of their time…. In the internet age, they cannot possibly be hidden away in any case, so the studio may as well give the fans what they want.”