With their Giving Works initiative, eBay has proven to be a huge help to the Comic Book Legal Defense Fund! This week, we’re auctioning some of the coolest products ever seen in the CBLDF office — there’s so much cool stuff here that we can’t contain the auction to one day!

Today, we’re spotlighting one of CBLDF’s most consistent and generous supporters: the inimitable PAUL POPE! 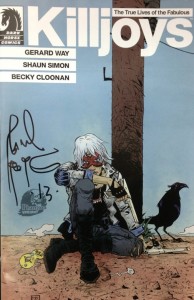 Our first offering for Paul Pope Day is THE TRUE LIVES OF THE FABULOUS KILLJOYS #1, with a signed variant cover by Pope himself! If you’re able to stop staring at the characteristically mesmerizing cover image, you’ll find a captivating coming-of-age adventure that serves as a sequel to Danger Days: The True Lives of the Fabulous Killjoys, the fourth and final album by alt-rock superstars My Chemical Romance. Gerard Way, MCR frontman and Eisner Award-winning writer of The Umbrella Academy, helms the series with co-writer Shaun Simon, which features interiors by the undeniably talented Becky Cloonan (Demo, American Virgin). 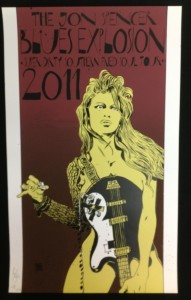 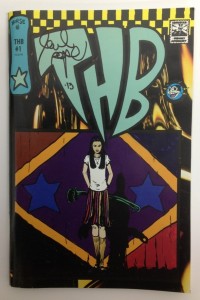 Wrapping up our Paul Pope Day is this VERY RARE signed copy of THB #1! The FIRST ISSUE from the FIRST PRINTING of Paul Pope’s groundbreaking 1994 black and white sci-fi series, which tells the story of a teenage girl on Mars, helped Pope rise to prominence! This comic is extremely rare, so if you don’t want to miss your chance to own a piece of history, jump on to the auction now!

Thanks again to Paul for donating his talents to bettering the comic book community!  Rock on!