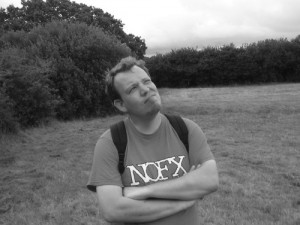 Cartoon Movement is an international platform for cartoonists, editors, and fans of editorial cartooning and political satire to come together as a community. Founded in 2010 by Dutch journalists Thomas Loudon and Arend Jan van den Beld, the website unites cartoonists across the globe and promotes a financially stable future for cartoonists. Additionally, Cartoon Movement draws attention to issues of censorship that comic artists and journalists are facing throughout the world.

Tjeerd Royaards, an editorial cartoonist who joined Loudon and Jan van den Beld in launching Cartoon Movement, spoke with Olivia Stransky at Sampsonia Way about the mission of the site and his own experiences with controversial comics. Royaards shared that one of the standout moments of the organization so far was being able to help Serif Arafa, an Egyptian cartoonist living in the United Arab Emirates during the Arab Spring:

When there was an Internet blackout in Egypt, he was one of the few cartoonists able to draw about Egypt from an insider’s perspective and share them outside of the country.

In addition to a presence in Egypt, Royaards described the diversity of other contributors to the site:

We have about ten cartoonists from Egypt, which comes in handy since the country’s been in turmoil ever since we began. There are between ten and twenty from Italy. I just hired the 13th cartoonist from Cuba. We just recently had two cartoonists from Burma join us: Kyaw Thu Yein and Lai Lone. Our first cartoonist from Somalia will be joining us this week, which is also pretty cool. I have hope that within a couple of years we’ll have almost every country on the map; I’m still looking for an editorial cartoonist from North Korea, but that’s a hard one.

Although Royaards says that neither he nor the organization have received threats because of any of the cartoons they publish, they have encountered censorship in China.

We’ve been censored in China for almost six months, ever since we published a comic about Nepal. We try to track where we’re censored, and in our short history, it’s only been China. Also North Korea, but I don’t know which website isn’t blocked in North Korea.”

Royaards explains that one of the benefits of having an extensive network such as Cartoon Movement is being able to provide support to cartoonists or journalists who face threats based on their work.

About five months ago one of our Palestinian cartoonists was arrested by the Israeli Defense Force, and we worked closely with Cartoonists’ Rights Network International, Reporters Without Borders, and Committee to Protect Journalists. All together we tried to offer legal aid and aid for the family. We’re really well connected with other organizations in order to immediately provide legal assistance. And our job as Cartoon Movement is to make known to the world that this is happening, so we had a live blog which tracked everything that was happening.

You can read the entirety of Stransky’s interview with Royaards here.