The Baltimore Comic makes its annual appearance at the Baltimore Convention Center this weekend, and CBLDF will be there at booth #1601 with a slew of signed premiums! CBLDF is also proud to present Brian Wood, who will be signing in our booth on both Saturday and Sunday!

Of course, we’ll also be doing panels! Come learn more about comics censorship and support CBLDF’s important work at these great events throughout the weekend:

12: 00 – 1:00 p.m. / Room 305
CBLDF’s Comics on Trial, Part 1 — A National Disgrace: Moral Panic & the Birth of the Comics Code
CBLDF proudly debuts Comics on Trial — a new lecture series covering the history of comics censorship and the court cases that changed the medium! In part one, witness how comics were under attack from the very beginning! Attacks in the popular media gave way to comics burnings in the 1940s. This sparked a wildfire of moral panic that culminated with the U.S. Government investigating comics before a national audience in 1954, where the face-off between Fredric Wertham and William Gaines changed the medium forever. CBLDF Executive Director Charles Brownstein tells the sordid tale in part one of CBLDF’s Comics on Trial!

1:00 – 2:00 p.m. / Room 301
Be sure and join Charles Brownstein as he moderates a Spotlight Panel on CBLDF Super-Supporter TERRY MOORE, the brilliant hand-behind-the-crowquill that has given us STRANGERS IN PARADISE, ECHO, and RACHEL RISING!

3:00-4:00 / Room 305
CBLDF’s Comics on Trial, Part 2 — Counter Attacks: How Prosecution of Retailers Changed The History of Comics
In 1970, two Manhattan bookstore clerks were arrested and convicted of selling obscene material for Zap #4, featuring work by R. Crumb, Spain, and other underground greats. Later that decade, convention promoter and high school English teacher Phil Seuling was busted for selling a book in the same series, hastening a chain of events that would create the comics specialty market, where the CBLDF has been defending retailers since 1986. Learn the the true story of how retailers have been prosecuted for selling comics and how their struggle changed the face of the medium from CBLDF Executive Director Charles Brownstein in the second part of CBLDF’s Comics on Trial!

5:00 – 6:00 p.m. / Room 301
CBLDF Presents: Banned Comics!
Every year, comics are banned in libraries all over the United States — learn how you can fight back! In recent years, comics that have been targeted for bans include all-ages classics like Bone by Jeff Smith and Dragonball by Akira Toriyama, as well as acclaimed books for adult readers like Alison Bechdel’s Fun Home, Neil Gaiman’s Sandman, Alan Moore’s League of Extraordinary Gentlemen, and others. Learn more about what comics have been banned and challenged, why comics are banned, and how you can help by being a part of CBLDF’s efforts for Banned Book Week!

3:00-4:00 p.m. / Room 303
CBLDF Presents: Spotlight On Brian Wood
Since 1997, Brian Wood has been one of the most popular creators in comics, writing, illustrating, or designing comics for almost every major publisher. He has worked on modern classics as diverse as DMZ, STAR WARS, and NORTHLANDERS, and in almost every genre, including hard sci-fi, historical fiction, horror, and young-adult. This panel takes a look at his work, starting with CHANNEL ZERO, and up through to current hits such as THE MASSIVE, MARA, and X-MEN. Moderated by CBLDF Deputy Director Alex Cox. 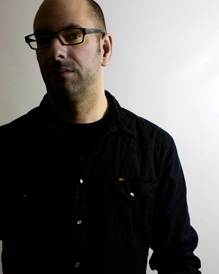 Brian Wood’s first professional work in comics was a 5-issue miniseries entitled Channel Zero, published by Image Comics in 1997. It was created as part of his final project for graduation from Parsons School of Design. In 2000, he was offered a co-writing job by Warren Ellis, who asked Wood to join him on Marvel Comics’ Generation X.

After a 12-issue run on the title, Wood returned to the world of creator-owned comics where, between 2001 and 2005, he created several titles, including Couscous Express, The Couriers, Jennie One (AiT/Planet Lar), Pounded (Oni Press), and Fight for Tomorrow (Vertigo), as well as the critically-acclaimed 12-issue series, Demo.

After the success of Demo, Wood continued to create independent comics for Oni Press, Image Comics, and IDW Publishing before signing a 2-year exclusive contract with DC Comics. During his tenure with DC, he wrote DMZ, another critically-acclaimed series from Vertigo for which he has become best-known. In addition, he launched Northlanders, a historical-fiction series set during the Viking Age; The New York Four, a young adult graphic novel; and a new Demo mini-series.

In 2012, Wood began writing Marvel’s Ultimate Comics: X-Men, beginning with issue #10, as well as Conan the Barbarian from Dark Horse Comics. In addition to those titles, he is currently writing the ongoing series, The Massive and Star Wars for Dark Horse.

“We’re thrilled to be adding Brian [Wood] to our guest list this close to the show,” said Marc Nathan, show promoter of the Baltimore Comic-Con. “Thanks to the folks at the Comic Book Legal Defense Fund, fans of Brian’s prolific work will have the chance to meet him and get their favorite book signed. In addition, they will have a great chance to check out a very worthy cause while he’s signing at the CBLDF booth!”

About the Harvey Awards
The Harvey Awards are one of the comic book industry’s oldest and most respected awards. With a history of over 25 years, the last 7 in conjunction with the Baltimore Comic-Con, the Harveys recognize outstanding achievements in over 20 categories. They are the only industry awards nominated and selected by the full body of comic book professionals. For more information, please visit www.harveyawards.org.

About CBLDF
The Comic Book Legal Defense Fund is a non-profit organization dedicated to protecting the First Amendment rights of the comics medium. Founded in 1986, the CBLDF has managed and paid for the legal defense of individuals whose First Amendment rights are threatened for making, selling, or even reading comic books. For more information about the CBLDF, please visit their website at cbldf.org.