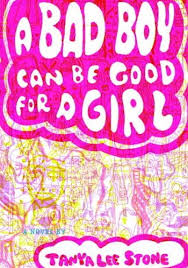 In September, CBLDF joined the CBLDF-sponsored Kids’ Right to Read Project to send a letter to the Currituck County High School Board of Education in defense of A Bad Boy Can Be Good for a Girl, a critically-acclaimed novel by Tanya Lee Stone. The school board finally decided the book’s fate, voting 4-1 to keep the book in the library

Parent Elissa Cooper wrote a letter to the school board, demanding the removal of the book from the high school library due to sexual content. The book, which focuses on three girls and their decisions regarding a single boy who has made it his goal to seduce all of the girls in school, has been praised as a frank and relevant take on how teenagers handle sexuality. Ultimately, the girls in the book stand up to the predatory behaviors of the boy — and for themselves in the process — but Cooper chose to focus only on the sexual component of the story.

Cooper expressed disappointment with the school board’s decision, but it rightly upholds the decisions made by committees at the high school and district levels, both of which found value in keeping the book in the library. CBLDF applauds the decision, a victory for the freedom to read that guarantees that other students and parents in the community will have the right to make their own decisions about what they want to read.