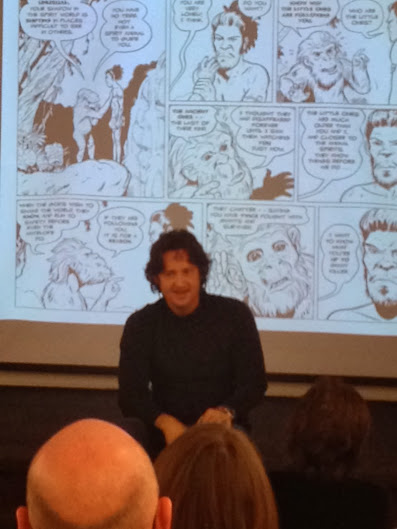 Before enjoying original artwork in the Society’s galleries, guests were treated to the premiere of Smith’s new series, Tuki Save The Humans, which Smith read to live music. Pope took attendees on a personal tour of his Battling Boy art show, currently hanging in the Society gallery, while Donnelly and Maslin were on hand to talk about the dozens of illustrations from their extensive collection on view in the Hall of Fame gallery.

Following Smith’s reading and a Q&A, guests retired to the Society’s famed dining room to enjoy an extraordinary brunch alongside these comics greats. As guests departed, they received a gift bag that included Jimmy Gownley’s new comics memoir The Dumbest Idea Ever! and an exclusive souvenir print signed by Smith. This magical afternoon raised nearly $5,000 for CBLDF’s efforts on behalf of the freedom to read!

Get in the Spirit of Giving! Please help support CBLDF’s important First Amendment work by getting personalized holiday gifts, making a donation, or becoming a member of CBLDF! 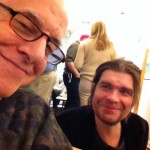 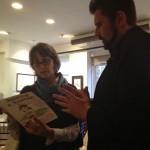 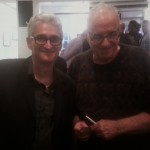 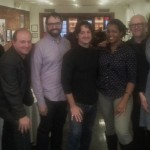 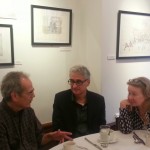 Michael Maslin in conversation with Patrick and Karen McDonnell 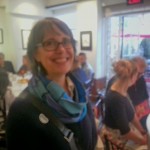 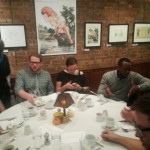 Brunching at the CBLDF Benefit! 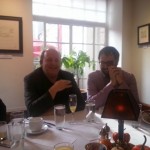 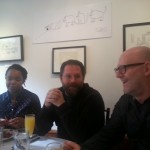 Scholastic’s David Saylor and Adam Rao goof on each other as Cassandra Pelham looks on. 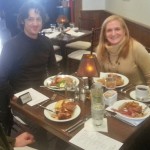 The VIP table, enjoying an intimate meal with Jeff Smith at the CBLDF Benefit Brunch 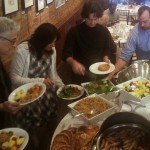 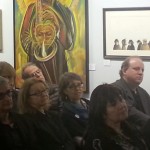 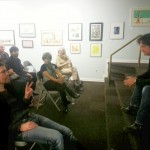 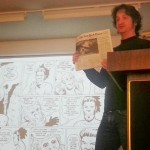 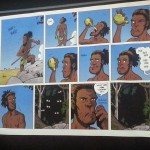 A page from Tuki Save the Humans 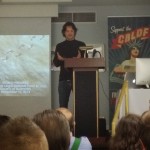 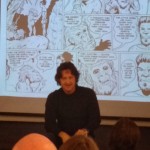