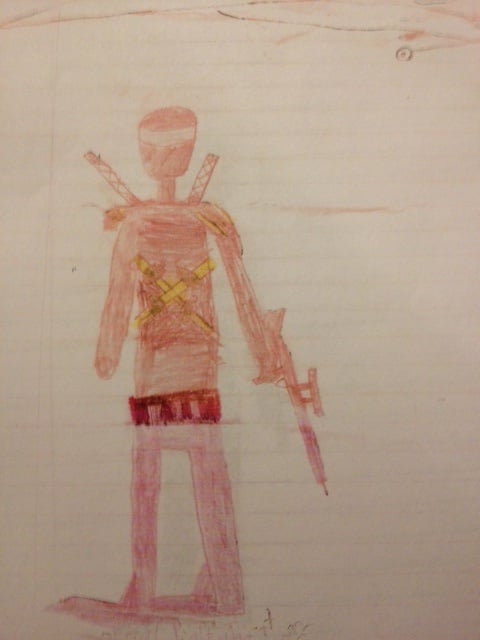 Last week, as many children throughout the country were celebrating Halloween by dressing up in costumes and trick-or-treating for candy, an 8-year old student at Scottsdale County Day School in Arizona was being threatened with expulsion for his drawings of Halloween costumes.  The school deemed the pictures “violent” and “highly disturbing” because the characters drawn by the boy included weapons such as knives and guns.

Despite the fact that the student had no incidents involving violence or aggressive behavior, his drawings of ninjas, soldiers, and characters from Star Wars as possibilities for his Halloween costumes got him labeled as a possible threat. The school’s headmaster attempted to point to the student’s journal as other evidence of violent and unacceptable behavior. The stories in question were about escaping killer zombies and disarming an atom bomb in order to save the world.

The charter school’s handbook states that “[a]ny behavior that is deemed threatening such as violent behavior, drawings depicting weapons, blood, or aggression” can be grounds for expulsion.

The school refused to comment, but they did claim that the student was not threatened in any way and was also not expelled. The boy’s parents have since removed him from the school.

← Parent to Appeal School’s Decision to Keep The House of the Spirits in Curriculum
Last Chance! Join The Creators of Bone, Mutts, Battling Boy & More At Sunday’s CBLDF Benefit Brunch! →