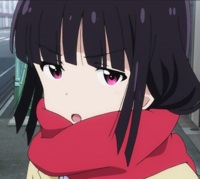 An anime series featuring erotically charged scenes between stepsiblings will be moved from 10:30 p.m. to the early morning hours on Japanese TV after the non-governmental Broadcasting Ethics & Program Improvement Organization (BPO) launched an investigation into complaints about “heavy sexual content.”

Two networks, Tokyo MX and Sun TV, aired the first four episodes of Recently, My Sister is Unusual at 10:30 p.m. on Saturdays, prompting complaints that teens might be watching at that hour. (Japanese networks routinely air mildly racy anime, but not usually before midnight.) After BPO announced that its Broadcast Committee for Youth Programming would investigate the show, Tokyo MX promptly moved it to 1:30 a.m. on Wednesdays and Sun TV to 2:00 a.m. on Sundays.

Recently, My Sister is Unusual is based on a popular manga series that began in 2011. Main character Kanzaki is possessed by a spirit which forces her to seduce her new stepbrother Yuuya. The only graphic scene actually mentioned in BPO’s announcement, however, is one in which Kanzaki masturbates.

BPO was jointly founded by the Japan Commercial Broadcasters Association and state-funded network NHK. It fulfills a role roughly equivalent to the U.S. Federal Communications Commission, which fields complaints from viewers on everything from wardrobe malfunctions to episodes of The Simpsons to fleeting expletives on awards shows. While BPO does not have the power to fine or otherwise sanction broadcasters as the FCC does, it can certainly exert public pressure — and apparently the networks sit up and take notice at just the mention of an investigation.