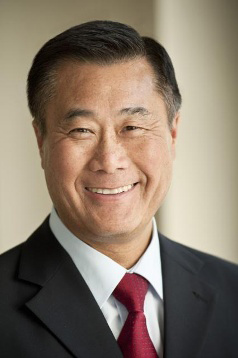 Until recently, most of us here at CBLDF could only claim to know State Senator Leland Yee of California as the man behind the law struck down by the Supreme Court’s decision in Brown v. EMA. As of this week, however, the world knows Yee as one of the people arrested in a series of FBI raids in San Francisco and Sacramento. Yee represents California’s 8th District, which encompasses a good portion of San Francisco, and he’s a candidate for California’s secretary of state.

In many respects, the story reads much like a noir crime comic book. The sweeping FBI raids, which included state offices, homes, and businesses, were the result of an ongoing investigation of gangster Raymond “Shrimp Boy” Chow. The investigation targeted several people statewide, including Chow and other Asian Gang members, politicians, local business owners, and more. Yee has been indicted for violation of campaign donation rules and conspiracy to deal firearms without a license. The state senate has asked Yee to step down, and many predict that his political career is likely defunct, even if he is found innocent of the charges.

Yee sponsored CA Law AB 1179, which would have regulated the sale or rental of violent video games and would have added violent speech to the types of speech that are not protected by the Constitution. The law was challenged and the case made it’s way to the Supreme Court in Brown v. EMA. CBLDF filed an amicus brief in the case, illustrating the parallels between the attacks on video games and the attacks on comics in the 1950s. Our brief was cited by the Supreme Court in their majority decision overturning the law and guaranteeing First Amendment rights to video games.

It would be easy to mock Yee in light of recent developments, but the crimes with which he and others have been charged are quite serious. Yee has been a fixture in San Francisco and California politics for more than 30 years. He has routinely spoken out against violent media, and it’s interesting to note that one of the crimes with which he has been charged is inherently violent. It remains to be seen whether he is found guilty.