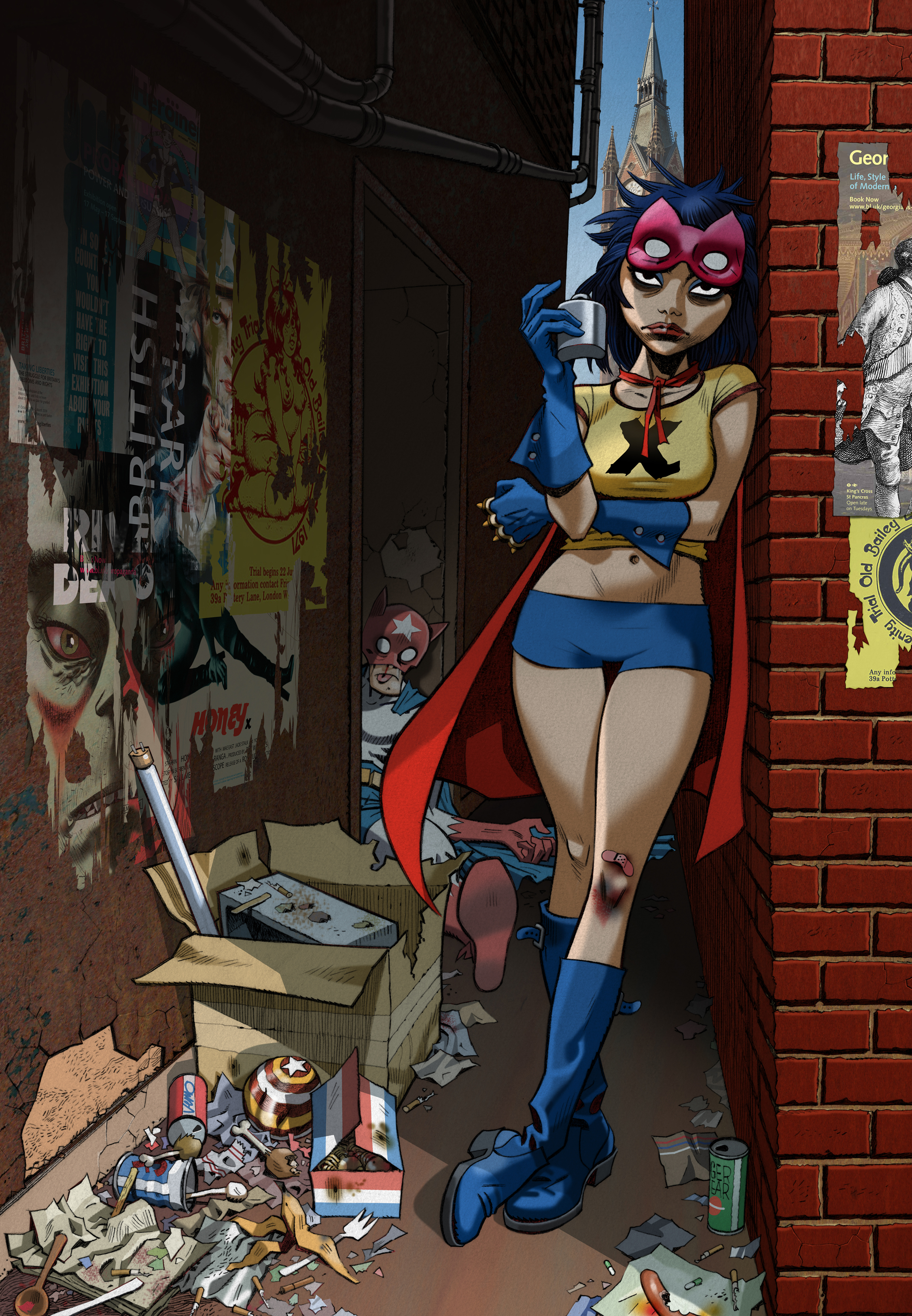 The monumental British Library comics exhibit that we told you about back in January is open at last! Comics Unmasked: Art and Anarchy in the UK runs through August 19, featuring over 200 works by Alan Moore, Neil Gaiman, Mark Millar, Grant Morrison, and many more British comics luminaries. In a recent article for the Guardian, the show’s co-curator Paul Gravett examined the turbulent and wildly inventive history of comics in the UK–a history that has largely been shaped by reaction to censorship and detractors.

Just as in the US, there was much concern in 1950s Britain about the possible negative influence of comics on children and teens. American horror and crime comics in particular received the blame for all sorts of societal ills; around the same time as the Kefauver Hearings and the formation of the Comics Code Authority in the States, there was a twin anti-comics campaign building across the pond:

An informal alliance of interested parties, from the Archbishop of Canterbury to the Communist party, operating as the Comics Campaign Council, drummed up a moral panic and called for a government ban. The first exhibition of modern comics in Britain may well have been the National Union of Teachers’ scaremongering display in November 1954 in their London headquarters…. On one wall, five lurid sample pages from horror comics were introduced with the large title “KILL!” and a caption asking “Should your child see this?” Apparently no recordings survive of the discussions about these comics broadcast on BBC television and radio, but debates in parliament reveal the misgivings about trying to curb them without imposing wider press censorship.

But unlike in the US where the self-imposed Comics Code Authority was enough (barely) to deter Congress from regulating the industry by force, the British Parliament in 1955 did pass an outright ban on crime and horror comics called the Children and Young Persons (Harmful Publications) Act. This saddled comics in the UK with a stigma that never quite went away, says Gravett, but also had the unintended but wonderful side effect of actually cultivating the subversive and dark themes that define British comics today.

In this post-Watchmen era, of course, most of Parliament and the British public realize that comics are read and enjoyed by people of all ages. (The Children and Young Persons Act is technically still in effect, but has only led to two prosecutions in its entire history, both in 1970.) Nevertheless, some critics continue to look down their noses at the format–as when former Sunday Times literary editor John Walsh called graphic novels “a bastard version of the real thing.” This sort of dismissal is simply a reaction against books that break the (imagined) rules of literature, says Gravett:

What disconcerts the literati is that the graphic novelist does not have to resort to copious textual descriptions, but can convey a concrete visual image directly and clearly to readers. What gives comics their force and their danger is that the images are always there, to be looked at as long and as often as the reader chooses, contradicting the notion that comics lend themselves only to speed-reading, and so are not conducive to reflection.

Check out Gravett’s full article here, then watch this short British Library video where he and his Comics Unmasked collaborators discuss the exhibit: