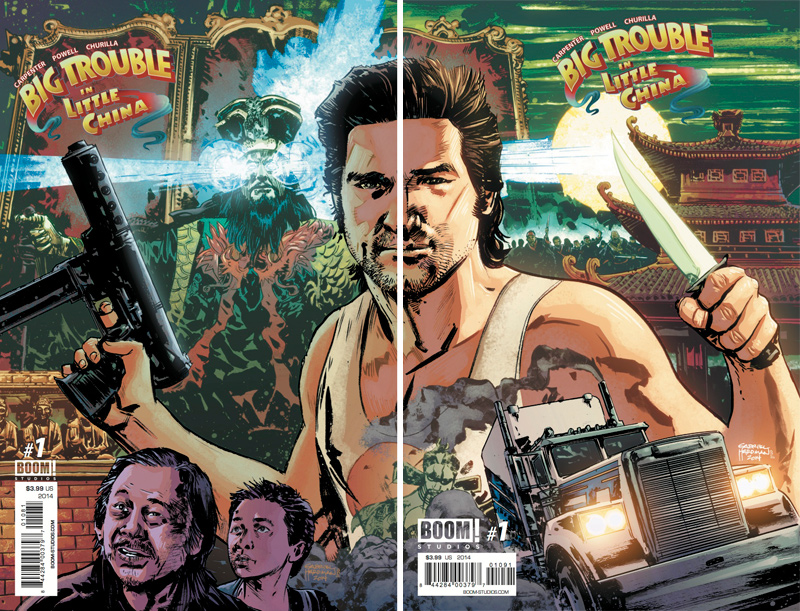 Things From Another World (TFAW) and Discount Comic Book Service (DCBS) are proud to announce their first joint variant: two exclusive editions of BOOM! Studios’ Big Trouble in Little China #1, with an incredible interlocking cover by Gabriel Hardman (Deep Gravity, Planet of the Apes)! These collectible variants debut June 4, 2014, each retailing for $5. Even better, 50% of the proceeds will benefit the Comic Book Legal Defense Fund (CBLDF), a non-profit organization dedicated to defending the First Amendment Rights of the comics community.

DCBS and TFAW joined the CBLDF as corporate members in 2013 — the first comic book retailers to do so since the CBLDF’s inception in 1986. TFAW has been an active supporter of the organization since 2009, and has since helped raise more than $100,000 by soliciting artwork for their annual auction at San Diego Comic-Con. DCBS has been an active supporter of the CBLDF since 2010 and has distributed thousands of pieces of literature raising awareness of the CBLDF’s important efforts.

“We’re very excited to be launching this variant program in support of the CBLDF,” said TFAW Vice President Andrew McIntire. “The Comic Book Legal Defense Fund supports free speech for all, which is an extremely important cause to us–plus, we’re excited for more tales of Jack Burton in Big Trouble in Little China!”

Gabriel Hardman is one of the most dynamic and exciting artists in comics today, delighting fans with his work on Hulk, Star Wars: Legacy, Planet of the Apes, and more. He’s also in demand as a storyboard artist, contributing to movies like The Dark Knight Rises, Inception, and Tropic Thunder.

BOOM! Studios’ Big Trouble in Little China is a new ongoing comic book series by Eric Powell (The Goon) and Brian Churilla (The Secret History of DB Cooper), with story guidance from John Carpenter, the director of the original film!

Want to support the CBLDF? You can become a member here: http://cbldf.org/contribute/membership/. 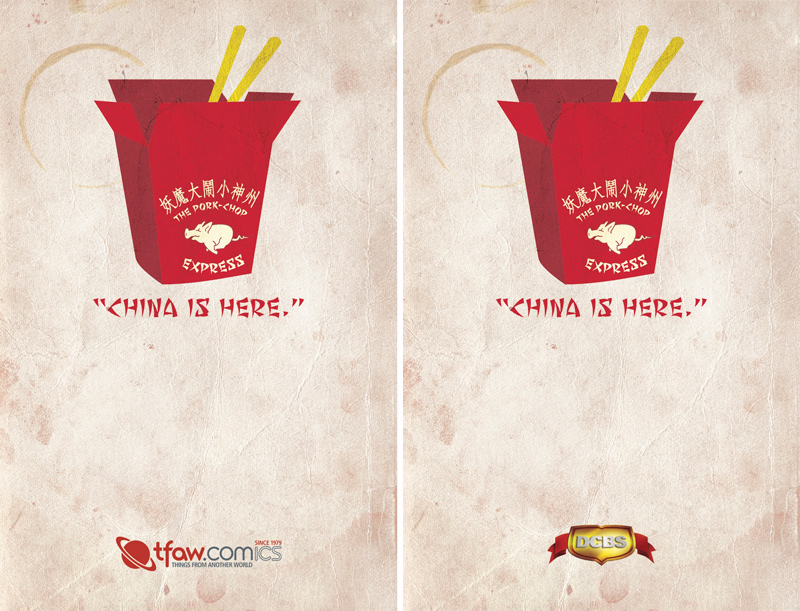 About Discount Comic Book Service:
Founded in 1999, Discount Comic Book Service is a premier retailer of all comic and comic related items, offering incredible discounts along with amazing customer service. The brick and mortar store is located in Fort Wayne, Indiana and online at www.DCBService.com. In addition, DCBS’ sister sites offer discounted trade paperbacks and hardcovers at www.InStockTrades.com and digital content at www.MyDigitalComics.com.

About the Comic Book Legal Defense Fund:
Comic Book Legal Defense Fund is a non-profit organization dedicated to the protection of the First Amendment rights of the comics art form and its community of retailers, creators, publishers, librarians, and readers. The CBLDF provides legal referrals, representation, advice, assistance, and education in furtherance of these goals. http://www.cbldf.org