Few things are more American than our right to free speech. With Independence Day fast approaching, consider supporting CBLDF’s fight on behalf of the First Amendment rights of the comics community by visiting our Rewards Zone! We just added some amazing new signed premiums: 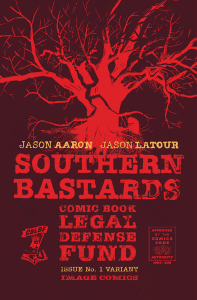 Possibly the most exciting debut of 2014, we are proud to present this poster version of the CBLDF Variant Cover for SOUTHERN BASTARDS #1, from long-time Artist Supporters JASON AARON and JASON LATOUR! This awesome 20 x 13 inch print debuted at Heroes Con 2014, and there are only a few left… order yours today! Signed by both Jasons (Latour and Aaron) and numbered (only 50 were made), this is a rare and awesome item!

Reporting on a commercial flight where everyone aboard lost their memories, a young journalist stumbles onto a much bigger story, the top-secret Mind Management program. Her ensuing journey involves weaponized psychics, hypnotic advertising, talking dolphins, and seemingly immortal pursuers, as she attempts to find the flight’s missing passenger, the man who was MIND MGMT’s greatest success-and its most devastating failure. But in a world where people can rewrite reality itself, can she trust anything she sees? Collects Mind MGMT #1-#6. 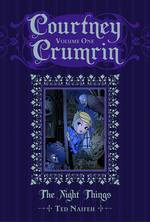 Courtney Crumrin Volume One, signed and sketched by Ted Naifeh

Courtney’s parents have dragged her out to a high-to-do suburb to live with her creepy Great Uncle Aloysius in his spooky old house. She’s not only the new kid in school, but she also discovers strange things lurking under her bed. Signed and sketched by the creator Ted Naifeh!

Picking up on threads from Geoff Johns’s “Superman and the Legion of Super-Heroes” storyline and tying into events from GREEN LANTERN CORPS, this new LEGION hardcover collects the first 6 issues of the new series. This volume includes the unwelcome debut of new Legionnaire Earth-Man, the kidnapping of Saturn Girl and Lightning Lad’s twins, the revelation of a new Green Lantern and much more! Signed by creator Paul Levitz! 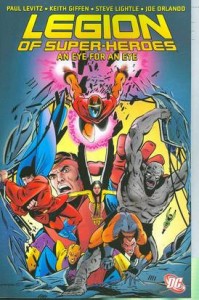 Legion of Super-Heroes: An Eye for an Eye TP, signed by Paul Levitz!

In this fast-paced, futuristic title, collecting the first six issues of the series, The Legion learns of a conspiracy by a consortium of evil calling itself The Legion of Super-Villains to destroy the team – and it’s Karate Kid who pays the ultimate price! Signed by creator Paul Levitz! 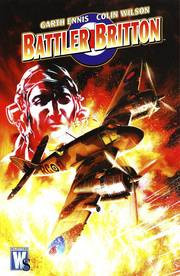 One of the most fondly remembered characters from the British comics of the 1950s returns in a tensely told and lushly rendered tale of honor, duty, loyalty and sacrifice. This volume collects the acclaimed 5-issue miniseries written by Garth Ennis (PREACHER). Signed by acclaimed writer Garth Ennis! 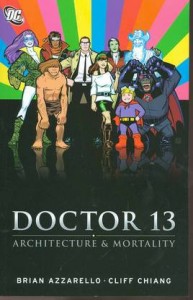 Brian Azzarello and Cliff Chiang join forces to tell the adventures of Dr. Terrence Thirteen, a parapsychologist who disproves reports of supernatural activity. In this story collected from TALES OF THE UNEXPECTED #1-8, Dr. Thirteen rounds up a group of the world’s magical  beings to prevent strange forces from tearing asunder the very fabric of the past, present, and future! Signed by superstar artist Cliff Chiang! 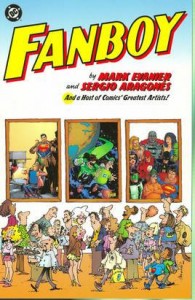 The hilarious adventures of Finster, the ultimate comics fanboy, are collected in this trade paperback containing the complete FANBOY miniseries.  Finster finds comfort in the imaginary world and help from his favorite super-heroes, illustrated by a host of the medium’s most famed and acclaimed artists! Signed by the incomparable artist Sergio Aragones! 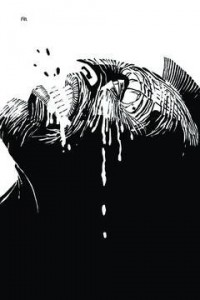 The first volume of the crime-comic megahit that introduced the now-infamous Marv and spawned a blockbuster film returns in a newly redesigned edition, with a brand-new cover by Frank Miller — some of his first comics art in years! It’s a lousy room in a lousy part of a lousy town. But Marv doesn’t care. There’s an angel in the room. She says her name is Goldie. A few hours later, Goldie’s dead without a mark on her perfect body, and the cops are coming before anyone but Marv could know she’s been killed. Somebody paid good money for this frame… Signed by visionary creator Frank Miller! 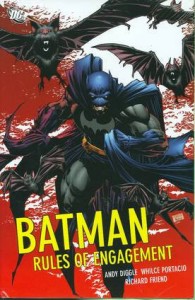 Go back to Batman’s roots and learn where the  Dark Knight got the weapons he uses in his war on crime. Discover when Batman first developed his arsenal of technological weapons to combat Lex Luthor’s evil plans to move in and take over Gotham City! Signed by dynamic artist Whilce Portacio!

Forced to band together during the rise of the Black Lanterns, Hal Jordan, Sinestro, Carol Ferris, Saint Walker, Atrocitus, Indigo-1 and Larfleeze must agree to disagree if their next mission is to succeed. But when one of the strangest beings from Green Lantern’s past returns, the future of the Lanterns and the universe at large once again falls into question. Signed by the author Geoff Johns to commemorate CBLDF’s Greenest Night, a celebration of Geoff John’s Green Lantern! 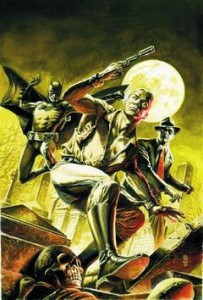 Doc Savage, struggling with the loss of his father, has been blind to the advances of an evil cabal bent on world domination – until now. Central City’s mysterious Spirit has caught wind of their plans as well. But whose side have the Blackhawks chosen? What is the Red Right Hand? And where is The Batman? Signed by Superstar artist Phil Noto! 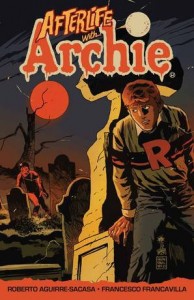 When Jughead’s beloved pet Hot Dog is killed in a hit and run, Jughead turns to the only person he knows who can help bring back his canine companion — Sabrina the Teenage Witch. Using dark, forbidden magic, Sabrina is successful, and Hot Dog returns to the land of the living. But he’s not the same — and soon, the darkness he brings back with him from beyond the grave begins to spread, forcing Archie and the gang to try to escape Riverdale! Collects issues 1-5 featuring the first storyline “Escape from Riverdale” from the new ongoing TEEN+ comic book horror series Afterlife with Archie. Signed by Eisner Award winning artist Francesco Francavilla! 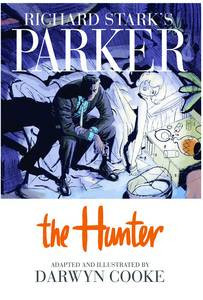 Darwyn Cooke, the Eisner-Award-winning writer/artist of such classics as DC: The New Frontier, Selina’s Big Score, and The Spirit, now sets his artistic sights on bringing to life one of the true classics of crime fiction: Richard Stark’s Parker. Stark was a pseudonym used by the revered and multi-award-winning author, Donald Westlake. The Hunter, the first book in the Parker series, is the story of a man who hits New York head-on like a shotgun blast to the chest. Betrayed by the woman he loved and double-crossed by his partner in crime, Parker makes his way cross-country with only one thought burning in his mind-to coldly exact his revenge and reclaim what was taken from him! Signed By Darwyn Cooke. 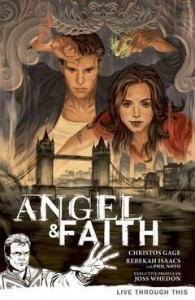 Angel & Faith Vol. 1 Live Through This, signed By Rebekah Isaacs

Angel has made bad choices in his life. Most recently? While possessed, he killed Giles. However, he believes he’s found a way to make amends, by bringing the Watcher back from the grave! Cue Faith — rebel Slayer and Angel’s only ally — who only supports this harebrained scheme in order to keep her friend from catatonia. New threats emerge as this unlikely duo struggles against real and personal demons alike, while hitting the dark streets of London! Collects Angel & Faith #1-#5, plus the Harmony one-shot. This item signed by artist Rebekah Isaacs.

Green Arrow and Black Canary are ready to exchange vows – but can they make it down the aisle alive? This new hardcover collects the GA/BC WEDDING SPECIAL and the first five issues of the happy couple’s hot new series, and guest-stars the Justice League of America. Signed by fan favorite Cliff Chiang! 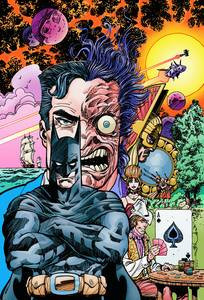 This centuries-spanning original graphic novel from legendary writer/artist WALTER SIMONSON shows how one of the silver coins Judas was paid to betray Jesus has had an impact on the DC Universe, with chapters starring THE GOLDEN GLADIATOR (73 A.D.), THE VIKING PRINCE (1000 A.D.), CAPTAIN FEAR (1720) and BAT LASH (1881). In the centerpiece of the book BATMAN faces TWO-FACE in an epic, present-day battle before the story blasts into the future for a final chapter set in the year 2087 starring MANHUNTER 2070! Signed by creator Walter Simonson!