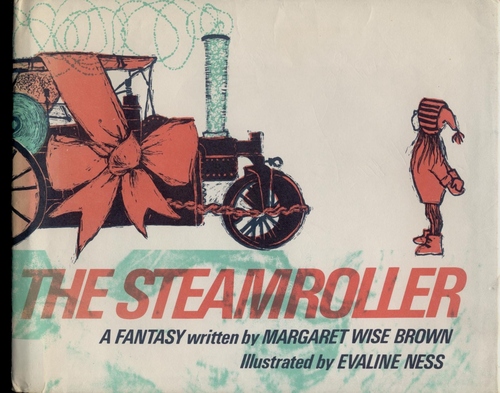 In the first half of the 20th century public libraries were strictly for edification, not entertainment. Most librarians thought nothing of excluding or removing from their collections books that were considered too frivolous (comics chief among them, of course) or controversial. That attitude began to change in the 1950s, as represented by library science professor Lester Asheim’s landmark article “Not Censorship But Selection.” Asheim advocated the use of objective criteria for deciding which materials to add to a library collection, which at that time was still a somewhat radical notion.

Over the next few decades as new librarians were trained according to this model, the profession made a 180 degree turn on intellectual freedom issues. By the 1970s most librarians–the younger ones, anyway–felt strongly that their duty to the community was to make and keep books available, not remove them. This meant that libraries needed a framework to deal with the inevitable book challenges that would still come from the public, and a librarian’s essay that ran at BoingBoing last week shows that the process was not without growing pains.

The essay by now semi-retired children’s librarian Sandy Bradley was excerpted from her book The Long-Overdue Library Book: Stories Librarians Tell Each Other, co-authored by Elsa Pendleton. Bradley recounts a book challenge that she dealt with some years ago–she doesn’t say exactly when, but contextual clues point to the 1980s–and that will be familiar to many librarians if not the general public.

Bradley had fielded challenges before, of course, but they were usually averted when staff asked the complainant to read the entire book and fill out a form detailing their objections. Most libraries have such a form and it is semi-secretly a first bulwark against frivolous challenges; as Bradley says, it was “not complicated or difficult to complete, but it often gave the complainer time to reflect upon the book and change his or her mind.” Most forms handed out in response to a verbal challenge are never seen again.

But then there are the rare cases like this one where a book challenger is not deterred by the form and continues to believe that the book absolutely must be removed from the library collection. Admittedly the book in question, The Steamroller: A Fantasy, does sound rather unorthodox for a children’s picture book. Written by Margaret Wise Brown, author of some more well-known classics including Goodnight Moon and The Runaway Bunny, it is the story of a girl who receives a steamroller for Christmas and proceeds to flatten everything in her path–including her teacher, a policeman, and two strangers. In the end her parents give her another gift, an excavator, which somehow un-squashes and revives everything and everyone that was previously squashed.

Although most readers might find the book to be little more than a curiosity, Bradley had one patron who read it to her four-year-old daughter and then demanded that it to be removed from the collection because “it was too violent and…a child might believe it was possible to flatten someone without any lasting consequence.” Bradley was somewhat baffled by the complaint–after all, the book was clearly labeled a fantasy and even young children know cartoon violence when they see it–but she also had no strong feelings about the book one way or the other. She also admits she felt guilty about a previous interaction gone awry with the same patron, and she was not eager to stir things up again. So after The Steamroller was reviewed by library administrators who decided it could stay in the collection, she simply relocated it to another branch. This was a resolution that pleased everyone involved, but Bradley admits she’s still not sure how she feels about her action:

With almost thirty branches in the system and only four copies of the book, the odds were that we would not see it again, and the parent would be satisfied. I did tell her the book was gone, but didn’t elaborate. She didn’t press and seemed happy that the process ‘worked.’ I was never sure if I should feel that I won one, or lost one, or more importantly, if censorship had hurt a potential reader’s opportunity to embrace the story.

While it’s true that it is difficult to summon much righteous indignation on behalf of The Steamroller in particular, Bradley misses the forest for the trees. Every librarian has books in her collection that she is ambivalent about or even actively dislikes, but that does not mean that they are less deserving of defense against censorship. Every librarian also knows the temptation to appease a complaining parent in the moment, but that is why challenge policies and procedures exist: to show that the complaint was taken seriously, but the book was reviewed by professionals who decided that there was no reason to revoke the entire community’s access to it. Although keeping the book at her branch would surely have led to an uncomfortable encounter with the challenger, all Bradley needed to do was refer her to the branch manager and system administrator who carried out the review. Simply moving one rather odd little book to another branch may seem like a small thing, but it still allowed one person to dictate the library’s collection–and moreover, the sense that “the process ‘worked’ ” may have emboldened her for the next time she came across a book she didn’t like.