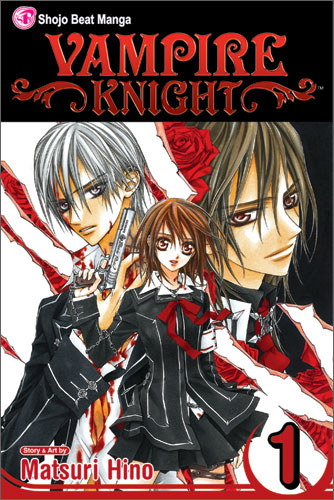 A minister in the small Texas town of Cleveland is spearheading a petition drive to have 75 books that he labels “demonic” removed from the Young Adult section of the local public library. Pastor Phillip Missick of King of Saints Tabernacle says that the books, including the manga Vampire Knight and the Twilight series, “perpetuate a theme of vampires in relationships with young teens.” At a recent meeting of the Cleveland City Council he presented a petition signed by several local church leaders, but many of them are now backing away from supporting the effort.

Missick told local news station KTRK that books featuring vampires are “dangerous for our kids” because “this is dark. There’s a sexual element. You have creatures that aren’t human.” In a story from the Cleveland Advocate, he referred to the Austin Memorial Library’s display replicas of Dobby the House Elf and the sorting hat from the Harry Potter books as “a demonic stuffed doll and a witch’s hat.” The petition which he handed over to the city council on August 12 demands that the library’s “occultic and demonic room be shut down, and these books be purged from the shelves, and that public funds would no longer be used to purchase such material, or at least require parents to check them out for their children.”

The city of Cleveland forbid AML Director Mary Merrell Cohn from responding directly to media inquiries, but her views on the matter were clear in a letter she sent Missick in response to his complaints about the collection:

The library is a public library, open to all, no matter their age, race, sexual orientation, religious preferences or social economic standing. City Council adopted the Library Bill of Rights [which] states, ‘Books and other library resources should be provided for the interest, information and enlightenment of all people of the community the library serves …. Materials should not be proscribed or removed because of partisan or doctrinal disapproval.’

As for Missick’s alternate request that the library at least forbid minors from checking out vampire and other “occultic” books on their own, Cohn pointed out that library policy already requires a parent or guardian’s signature when a child signs up for a library card. Parents who want to limit what their children can check out on their own cards have only to accompany them to the library–and most already do, Cohn observed.

Unfortunately, however, Cohn may not have the final say in the matter. Cleveland City Manager Kelly McDonald told KTRK that the city is “taking Missick’s complaint seriously and preparing a report for city council to review,” possibly at its meeting scheduled for this evening. We hope that McDonald and the council members will share Cohn’s good sense and drive a stake through Missick’s biased and fanciful petition.