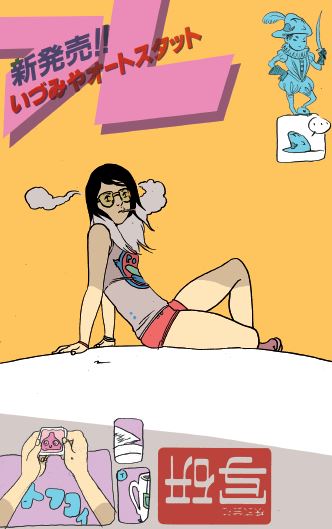 Brandon Graham, the acclaimed cartoonist of the highly influential graphic novels King City and Multiple Warheads, and the driving force behind the genre-bending science fiction series Prophet is benefiting CBLDF in September with signings and an all-new sketchbook premiering at SPX, and a lecture in New York City at the Society of Illustrators.

First up is this weekend’s SPX, where Graham will sign for the Fund on Saturday from 12:00 – 1:00 p.m. and Sunday from 2:00 – 3:00 p.m.  CBLDF will be offering copies of the brand new limited edition SPX sketchbook for a $5 donation while supplies last.

Next week, Graham will appear in New York City for a lecture and reception at the Society of Illustrators , and sponsored by Comic Book Legal Defense Fund on September 19!
Graham brings a broad, international range of influences to his comics, fluidly meshing Japanese, European, and North American genre and literary styles within his approach. In this slide lecture, Graham discusses his influences, and unpacks his approach to solving creative problems, navigating censorship and self-censorship, and advancing a unique creative point of view in the current publishing landscape.