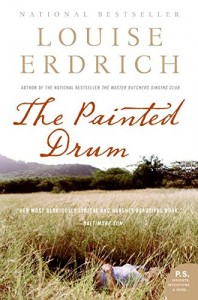 Our eventful Banned Books Week is coming to a close with some good news: a challenge to Louise Erdrich’s novel The Painted Drum in the author’s home state of Minnesota was unanimously denied Wednesday by an 11-member review committee of the Rochester Public School District.

Michelle Kalina, the mother of a high school student assigned to read the book, asked for it to be removed from a required reading list after she encountered a sex scene she described as “graphic enough that a 15-year-old’s wheels are going to be spinning.” Kalina said it was illogical for the district to require parental permission for students to participate in sex ed in health class while still allowing them to read about sex in English class.

The teacher who assigned the book, however, noted that she had already provided an alternate text to Kalina’s daughter. In a district document obtained by the Post-Bulletin newspaper, the teacher wrote:

I believe this resource should continue to be utilized for Honor level English II American Studies at this time. If a ‘better’ option for well-crafted/artful, contemporary fiction becomes available from a Minnesota author who is Native American, I believe that text should be considered with thoughtful investigation for use as a potential resource in the future.

At a heavily-attended meeting Wednesday, Rochester review committee members and Superintendent Michael Muñoz said that the option to request an alternate assignment sufficiently addressed Kalina’s concerns. But according to local TV station KTTC, she was not entirely satisfied with that solution because a student who is not reading the same book as the rest of the class might “be ostracized and bullied.” Kalina still has the option to appeal the review committee’s decision to the school board, but has not yet decided whether she’ll do so.