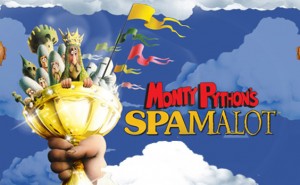 The South Williamsport Area School District in Pennsylvania has landed itself in a fine mess after first cancelling a planned production of Monty Python’s Spamalot due to “homosexual themes,” and then firing drama teacher Dawn Burch in apparent retaliation for speaking out in protest. This week CBLDF joined a coalition of free speech organizations asking for answers and accountability from the school board on both decisions.

In an initial letter to South Williamsport Superintendent Mark Stamm and the school board, members of the National Coalition Against Censorship pointed out that the musical has been performed without apparent repercussions at many other high schools across the nation, including in Pennsylvania. Aside from being an unacceptable abridgment of students’ free speech, NCAC added, the cancellation of the play due to mention of homosexuality in a minor side plot “also sends a message of intolerance to the entire community that could, in addition, intimidate [LGBT] students, undermine their education, and promote a discriminatory environment in school.”

Shortly after that letter was sent, the news grew even worse: drama teacher Dawn Burch had been fired, supposedly for poor job performance. Skeptical of that explanation, NCAC quickly sent another letter urging the district to reinstate Burch “unless and until the district can demonstrate sufficient cause to justify her termination unrelated to the controversy over Spamalot.”

At a meeting last night, however, the board failed to address Burch’s dismissal at all. Instead, without comment they accepted the resignation of her husband Sam Burch, who was a school board member himself, and the appointment of another teacher as interim drama adviser. Several students, parents, and community members spoke on both sides of the issue during the public comment period, but the remaining board apparently had no reaction. Superintendent Stamm did issue some platitudes about healing a “great divide” between drama students and “creat[ing] an environment that is open and caring for every student and parent in our community.” If he truly wants to do that, he might start by allowing students and teachers to express themselves openly.

Here are both letters sent to South Williamsport on behalf of NCAC members in the past week:

← Neil Gaiman Celebrates Banned Books Week With “Live at the Aladdin” Reissue!
31 Comics to Use in Classrooms →