Today, CBLDF Executive Director Charles Brownstein will be talking about copyright and censorship in NYC! On the West Coast, CBLDF is so-sponsoring a special performance by Captured Aural Phantasy Theater!

Several folks reached out to CBLDF to tell us about their events, and you can check them out below. Today, there are events in Louisiana, Michigan, and New York, as well as a week-long fundraiser in Texas! The list that follows is far from complete — no matter where you live, you’re sure to find a Banned Books Week event nearby. For a longer list of events organized by state, check out http://www.bannedbooksweek.org! 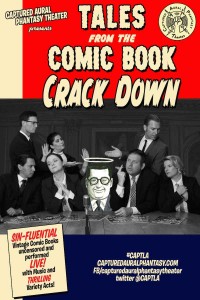 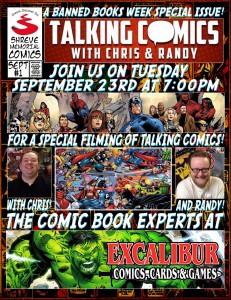 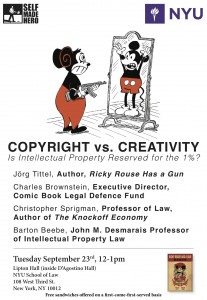