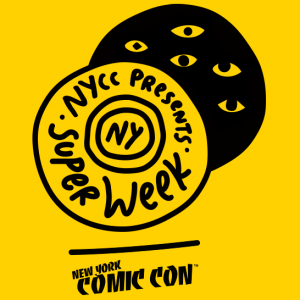 This Thursday, CBLDF joins comics fans and creators from around the world in our home base of New York City for New York Comic-Con! October 9-12, you’ll find us at booth #1564 in the Javits Center with exclusive CBLDF merchandise and apparel, signed graphic novels, prints, and more!

60 years ago, the fate of American Comics was determined during televised hearings from a New York City court house. Fredric Wertham of Harlem’s Lafargue Clinic faced off against EC Comics Publisher William Gaines in Senate Subcommittee hearings informed by class, race and moral panic that had shattering repercussions for comics. The Comic Book Legal Defense Fund’s Charles Brownstein presents the shocking history of New York City and the birth of the Comics Code Authority.

For more than 50 years, American comic books were subject to the censorship of the Comics Code, a system born from a time when comics were burned in the streets and blamed for all of society’s ills. Though the Code is gone, its influence remains. The Comic Book Legal Defense Fund gathers Denny O’Neil, Paul Levitz and other top Storytellers who worked under the Code’s strictures to tell the tales of how its censorship touched their creative visions.

Open to fans and professionals alike, the party kicks off Saturday, October 11th, 8-10pm at Tir Na Nog (Times Square, 315 W 39th St, New York, NY 10018). There will be free food, drinks, and prize giveaways throughout the evening. All donating attendees will also receive a download code for an exclusive Dynamite Comics Bundle, valued at more than $60.00 courtesy of Dynamite Entertainment and comiXology. A suggested $10 admission fee will be collected at the door, with all proceeds benefiting the great work of the CBLDF.