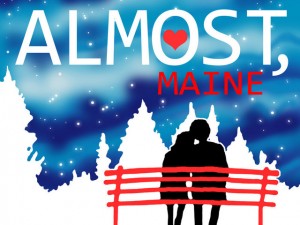 CBLDF has joined the National Coalition Against Censorship and other advocates to protest the cancellation of a play at Maiden High School in North Carolina. The play, Almost, Maine, drew the ire of local churches because it features a same-sex couple. Principal Rob Bliss cancelled the play, claiming that he did so because of “sexually-explicit overtones and multiple sexual innuendos that are not aligned with our mission and educational objectives.”

Almost, Maine, which was written by John Cariani, has been performed off Broadway and widely throughout the country. In 2014, it was gained the top spot as most-produced play in North American high schools for the third time in five years.

Students at Maiden High School were granted permission to perform the play, and they had obtained the appropriate parental permission to participate. Despite this and the investment of the drama club’s budget in purchasing rights to perform and scripts, the play was cancelled a week into rehearsal. An alumnus of the school posted about the cancellation online:

First of all, they already paid for the scripts and everything and now only have like 2 dollars left in their budget. They use the profits from this play to pay for the next production and now that won’t be able to happen. Second of all, this is the 21st century, things like this shouldn’t be happening. There are gay people in the theatre department, ones I’m glad to call my friend, and their voices are being suppressed and that is not okay. Finally, they had approval from the principal and the superintendent, but they went back on their word because someone complained.

NCAC’s strongly-worded letter decries Bliss’s decision to cancel the play, calling into question the school system’s commitment to artist expression, policies for reviewing community complaints, and the support of students’ intellectual freedom. It also questions the constitutionality of the decision, citing Texas v. Johnson: “If there is a bedrock principle underlying the First Amendment, it is that the government may not prohibit the expression of an idea simply because society finds the idea itself offensive or disagreeable.”

In closing, the letter decries letting the opinions of a small number of people hold sway over the entire community:

Every community is home to a diversity of opinions on moral, religious, and sexual questions. No matter how strong the views of some members of the community may be, though, they have no right to impose their views on others, or expect the public schools to reflect their beliefs at the expense of others. Cancelling Almost, Maine impermissibly privileges the beliefs of some individuals over others and is likely to make the district susceptible to many other complaints demanding the cancellation of plays and removal of books.