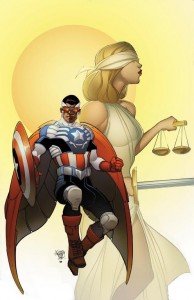 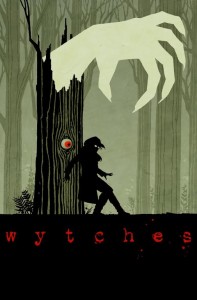 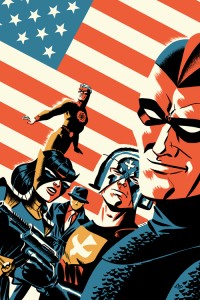 Since the very first days of the Comic Book Legal Defense Fund, comic shop retailers have proven themselves to be a backbone of our fight for free speech. Comic retailers have unfailingly understood the importance of protecting the rights of artists and collectors alike. They are men and women who are willing to fight for their right to purchase and sell comics as they see fit, fully recognizing their rights under the First Amendment.

There are a number of great annual  incentives for joining the CBLDF, and this year is no different. 2014 includes an ALL-STAR set of CBLDF Member Only Variants, from the biggest releases of the Fall season!

From DC Comics, Multiversity: Pax Americana #1 (by Grant Morrison and Frank Quitely) variant by Michael Cho; from Marvel Comics, All New Captain America #1 (by Rick Remender and artist Stuart Immonen), variant by Pasqual Ferry; and Wytches #1, from Image comics, (by Scott Snyder and Jock) with a variant by Cliff Chiang!

Every retailer will also receive copies of two CBLDF Publications,”CBLDF Celebrates BANNED BOOKS WEEK” and the brand new “Working With Libraries! A Handbook For Comics Creators,” a resource to help comic creators, publishers, and stores connect with local libraries.

To join or renew for 2014 and receive these premiums, either use the order codes below, or have your friendly neighborhood Diamond Customer Service Representative sign you up at the level requested!

Every year our Retailer Membership program has grown from the year before, and this is a testament to the dedication of comic shop owners towards the cause of Free Expression in comics. This continued growth proves that when it comes to fighting for the rights of comic fans and creators, comics retailers lead the way. Help us make 2014 the biggest year for Retail Members yet!