Following an explosive week at New York Comic Con Dynamite Entertainment is continuing its Digital Initiative with an exciting week of releases. The ENTIRE library of Garth Ennis’and Darick Robertson’s The Boys spearhead this week’s Dynamite Digital titles which includes Red Sonja: Black Tower #2, The Devilers #4, Alice Cooper #2 as well as more great Dynamite comics available DRM-Free. To celebrate, all 72 issues of The Boys will be sale priced at $0.99 cents for a limited time, offering fans the perfect chance to stock up on the critically acclaimed series in digital format. And 10% of all sales will be donated to the CBLDF!

The Boys originally began publishing in 2006 and has gone on to become a true independent sensation beloved by an incredible following of fans years after its final issue was released in 2012. The series follows an elite team of CIA operatives known only as “The Boys,” as they police the world’s super powered community, stepping out from the shadows whenever the need arises. All 72 issues of the groundbreaking series and all 18 issues of the three mini-series have been collected in Trade Paperback and Hardcover formats, and are now available for the first time anywhere DRM-Free. Also available on the sites are free wallpapers for fans to download.

“Releasing The Boys DRM-Free, has been at the top of our Dynamite Digital to-do list from the start, and we wanted to do it big.  To help fans jumpstart their Boys reading, we’re offering issue #1 Digitally Free, and the entire rest of the series, each issue, for .99 cents for a limited time” said Dynamite Publisher and CEO Nick Barrucci. “Getting the chance to offer up the entire series at an incredible price and DRM-Free is a huge step forward. And we want to help support one of the great organizations in our industry wtih 10% of all sales to be donated to the CBLDF.  And when you’re the Publisher of The Boys, you DEFINITELY want to support the CBLDF.  😉 ”

Dynamite Digital was launched earlier this year as the premiere site for Dynamite titles available DRM-Free. As part of the company’s 10 year anniversary celebration Dynamite has already delivered exclusive discount bundles for limited time periods through http://dynamite.com/digital/. Fans should be on the lookout for more great opportunities to save on select series from Dynamite in the months ahead as Dynamite Digital continues to grow its DRM-Free offerings.  For now, here is The Boys #1 DRM Free for, well, free! 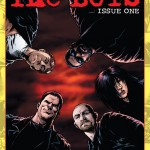 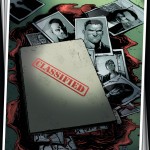 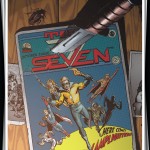 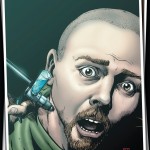 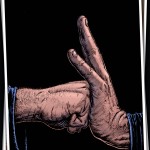 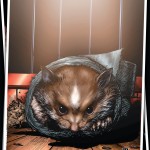 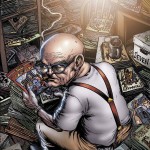 All characters, names, logos, etc. are ™ and © their respective owners.