Last week, Humble Bundle and Dark Horse Comics launched the Humble Star Wars Comics Bundle to benefit CBLDF. We reached out to some of the creators behind theses classic comics and asked three simple questions about Star Wars and free speech. These folks didn’t disappoint with their thoughtful, passionate, and powerful answers.

Fans of the epic Star Wars franchise can pay what they want for more than $250 worth of digital comics, all while supporting a great cause — in a little over a week, more than 27,000 people have realized that these are the comics they’re looking for and have contributed to CBLDF’s mission to defend comics and the right to read.

Star Wars writers Haden Blackman, John Jackson Miller, Randy Stradley, and Tom Taylor lent their voices to the cause by taking a moment to talk exclusively with CBLDF and the enduring legacy of Star Wars, their favorite thing about working on the comics, and free speech. 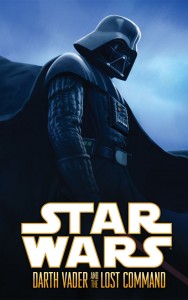 Haden Blackman is an accomplished and award-winning video game developer and producer. He spent nearly 13 years as a director and producer at LucasArts, where he led multiple teams of designers, engineers, and artists in telling new interactive stories. In 2009, he won awards for outstanding videogame writing from both the WGA and Academy of Interactive Arts & Sciences for his work on Star Wars: The Force Unleashed. Haden is also a talented writer whose list of credits includes Star Wars: Darth Vader and The Lost Command and dozens of other comic books for Dark Horse Comics, Batwoman for DC Comics, and The Field Guide to North American Monsters and The Field Guide to North American Hauntings. He also wrote The Irons, a graphic novel-length motion book published by Madefire, and Elektra for Marvel.

Star Wars: Darth Vader and the Lost Command is one of the books in the Humble Star Wars Comics Bundle, presented by Dark Horse Comics. The bundle benefits CBLDF. We managed to snag some of Haden’s writing time for a word about Star Wars and free speech…

Haden Blackman: It’s a mythic story with primal themes that we can easily understand, and characters that are both iconic and relatable.  Beyond that, it’s defies the very notion of “genre” — it deftly combines sci-fi, fantasy, Westerns, even horror to create a universe that suggests and support endless stories.

Haden Blackman: The universe provides every toy imaginable, from monsters to magic. There’s very few stories or ideas that can’t be realized within the context of the universe, which is both extremely liberating and terrifying. But I really think I most enjoyed just being able to get under Darth Vader’s helmet — to explore what he might be thinking and even feeling in the months and years after he became Darth Vader.

Haden Blackman: Selfishly, it comes down to wanting to be able to experience great, life-altering work that makes me a better person with a broader understanding of the human condition. There are so many voices out there, so many unique perspectives and stories, and I want to hear them all. The thought that many of these voices are stifled, that their experiences and perspectives and insights can’t be shared, is heart-breaking and makes me realize that I am missing out on opportunities to learn, to expand what I know about the world and other people, or just read something fantastic that I could have never dreamt up myself because I don’t have the same world view or background. 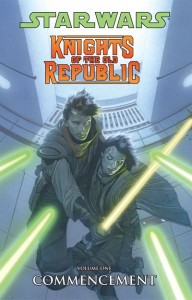 John Jackson Miller has tracked the comics industry for more than 20 years, including a decade editing the industry’s retail trade magazine; he is the author of several guides to comics, as well as more than a hundred comic books for various franchises. He is the author of fifteen Star Wars graphic novels and several bestselling prose novels including STAR WARS: KENOBI and the recently released STAR WARS: A NEW DAWN. His fiction site is at http://www.farawaypress.com and his comics research site is at http://www.comichron.com.

John Jackson Miller: I think it tells stories that speak across the distances to us, even if they are about beings in a galaxy far away. Luke Skywalker believes himself to be an orphan leading a boring life — when in fact, he’s the most important being in the galaxy, at the center of the battle between the Jedi and the Sith. It has that sense of possibility that I think a lot of viewers would like to have in their lives — it is the perfect escapist story.

It also has the support of a great tie-in publishing program — hundreds of prose and comics works over the years, inspired by the movies and which kept people involved and interested in the milieu when there weren’t any more movies. I think that’s a part of its enduring success.

And while the toys — the starships, lightsabers, and such — were fun to play with, I have always gotten a kick out of trying to replicate the camaraderie and humor of the first films. The characters would stop in the middle of a firefight to bicker — and so mine, do, too. I think that’s a big part of the fun of the setting.

John Jackson Miller: I think without it, you’ve got nothing. Part of my academic training was in the study of totalitarian states — something which I have been able to bring into my stories about the Empire, like in my new novel A NEW DAWN — and it’s clear to me that the free flow and availability of information is vital to a healthy society and body politic. And as a former journalist, I’m likewise committed to freedom of the press. Comics are printed on those presses, the same as newspapers. (Well, they’re on better paper now, but you get the point!) 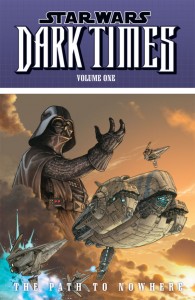 Randy Stradley: I think most of Star Wars appeal lies in its expression of hope — right wins over might, the little guy defeats the big guy, justice prevails — just like we wish would happen in real life. Also, the characters make it easy for us, the viewers, to enter the story, regardless of how fantastic the settings. All of the characters are larger than life, but not particularly deep. It enables us to effortlessly project ourselves onto any one of them. Instead of being a detriment to the overall saga, the relative two-dimensionality of the main characters is actually a strength.

Randy Stradley: Being able to help expand the universe. That George Lucas opened his gigantic sandbox for others to play in is kind of amazing, and allowing us to flesh out the characters and the worlds gave us and other licensees the opportunity to say things to a vast audience we might not ever be able to reach otherwise.

Randy Stradley: Wow. There’s a question with a million possible answers. For me, though, I thrive on the exchange of ideas. New ideas beget new ideas, which beget still more new ideas. And as a writer and an editor, I always want the stories I work on to say something to the readers — to have a point of view or a moral stance. Without the free exchange of ideas, how could we ever decide for ourselves what’s right and what’s wrong? 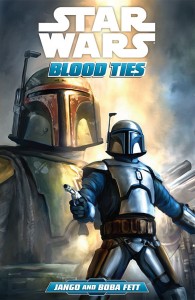 Tom Taylor has killed characters for DC Comics and created characters for Lucasfilm. He has written comics that have been reprinted in French, German and Spanish, but he can’t read any of them. He has sent Luke Skywalker on a quest and taught Darth Vader a lesson.

Tom Taylor: I think for many of us, Star Wars was an enormous influence on our childhood and our lives. It was a place where true good fought true evil, where the voiceless fought the oppressor, and — even better — they used spaceships, laser swords, and magic to do it. Despite being set in a galaxy far, far away, Star Wars managed something that other stories often fail to do: It created a universe of science fiction that was completely familiar. It used characters that we could identify with and relate to. It was alien but, at the same time, not alienating. It continues to do this today. 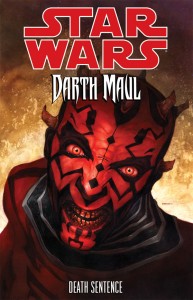 Tom Taylor: Honestly, being able to create new stories for the heroes of my childhood. I can’t tell you how great it is to put words into the mouths of Luke Skywalker, Princess Leia, and Han Solo…and growls into the mouth of Chewbacca. While I did a lot of learning on those books, I wrote a lot of comics that I’m still really proud of. Star Wars: Blood Ties (which won the ‘Stan Lee: Excelsior Award’) is one of those books that people still contact me about. I was also fortunate enough to work with some great artists like Colin Wilson and Bruno Redondo, who I still work with today. Also, I got to quit my job and write Star Wars for a living. That was pretty incredible. The Force fed my family.

Tom Taylor: There are always ‘Emperors’ rising here on our world, in our galaxy. They’re easy to identify. If leaders and governments fear the truth, if they enact laws against whistleblowers and journalists and thinkers and creators, then they have something to hide. The freedom to speak the truth to power, to report facts, to hold the corrupt accountable, is something that we should never allow to be taken from us. Bad Sith thrive when good Jedi say nothing.