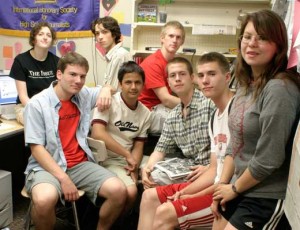 Recently, an almost decade long legal battle over censorship of a school newspaper came to disappointing end. Eight years ago, the editorial staff of Ithaca High School’s student newspaper, The Tattler, brought a censorship suit against the school district. The grounds for bringing the suit were that the publication guidelines imposed by the school district violated the students’ First Amendment rights by being too restrictive. On October 23, U.S. District Court Judge Norman Mordue dismissed the case because the students had graduated and the publication guidelines had been replaced. Unfortunately, this ruling does not address the First Amendment issue at the center of the case.

The case arose in 2005 when the Ithaca City School District was outraged at a series of “controversial” articles that were being published in the student newspaper. The district instituted a new set of publication guidelines in which the faculty adviser for the paper was given much greater power to edit and remove material that was considered objectionable. The straw that broke the camel’s back was an editorial cartoon that poked fun at the school’s sex education in health classes. The adviser pulled the cartoon from publication.

The students attempted to fight back and organized an underground student newspaper in which they planned to publish whatever they wanted without oversight from the school’s faculty. The school caught wind of this operation and denied the students permission to distribute the new paper on school grounds because it contained the original controversial cartoon. The Tattler’s editorial staff then decided to sue the school district on the grounds of prior restraint.

Prior restraint is when speech or expressions are prohibited before they take place. Prior restraint is generally found to be unconstitutional unless there are extreme circumstances and the speech compromises national security. Courts, in upholding free speech, generally favor sanctions for cases of slander or libel as opposed to preventing the speech before it happens. Prior restraint cases usually deal with restraints by the government, but schools are often found to be places where additional rules can be constitutionally issued to limit free speech due to safety concerns.

In 2009, Judge Mordue granted partial summary judgment in favor of the school district. He found that the school newspaper should be considered a “limited public form” as opposed to a public forum. Due to this classification, the newspaper could constitutionally have its speech limited. The district was found to have the right to exercise editorial control over the newspaper. The issue of prior restraint was left open.

In response to the ruling, Ithaca School District developed new editorial guidelines to replace the controversial 2005 guidelines that led to this lawsuit. The district then motioned for dismissal of the case on the remaining causes of action. They argued that the new guidelines caused the lawsuit to be moot. Judge Morgue denied this motion. In 2011, the Court of Appeals upheld Judge Mordue’s previous ruling.

Unfortunately, on October 23 of this year, Judge Mordue dismissed the remainder of the case. The grounds for dismissal were apparently due to the fact that all of the students had graduated by this point and that the original guidelines in question had been replaced in 2009. While the 2009 guidelines did help clear up some of the prior restraint issues, the court seemed to have missed an opportunity to affirmatively rule on an important issue.

“It would have been better for everybody to have a judicial declaration that the old guidelines were in fact constitutionally infirm and then a permanent injunction against those guidelines and anything close to it,”

While technically the students got what they were fighting for — more relaxed editorial guidelines that didn’t violate their freedom of speech — this still doesn’t feel like a total victory. Judge Mordue had an opportunity to make an important ruling to uphold the freedom of speech, but instead he chose to brush aside the case as moot.