Dynamic Forces CEO Nick Barrucci opens up some of his personal art collection to the public! One-of-a-kind, original pieces of comic book art from some of the industry’s top names including Tom Raney, Mark Bagley, Scott Hanna, and Patrick Zircher! These pieces include pages from some of your favorite books including The Outsiders, The Punisher, Uncanny X-Men, Ultimate Spider-Man, The Order, Robin, and more! Each page is completely unique and available for fans to own!

“Art collecting has been a passion of mine for years,” says Nick Barrucci. “For the past 30 years, I have been picking up pieces from my favorite artists whenever I can. I look at my collection on a regular basis as I love to appreciate the form, and I was looking at some of these pages by great artists including Mark Bagley, Patrick Zircher and one of my favorite contemporary art teams — Tom Raney and Scott Hanna, and thought that while I have a great collection, I couldn’t possibly appreciate it all properly, as with Mark, Patrick, Tom and Scott I have over 400 pages of these fantastic artists and a few other incredible contemporary artists. I had contemplated selling these via auction houses, but realized that many fans may not have access to original art, and thought it would be cool to offer to the comics fan base first. This is the ultimate one-of-a-kind comics collectible as there is only one of each piece of original art, which is why we need to fill each order randomly.”

“I just felt like it was a good time to let more fans experience what I have and own a piece of the comics they love so much, “ says Barrucci. “And we can help out a good cause in the process.”

Part of all sales of these one-of-a-kind works of art goes to benefit the Comic Book Legal Defense Fund. The CBLDF is a non-profit organization who provides legal aid, education, and advocacy to protect the First Amendment rights of the readers, creators, retailers, publishers, and librarians of comics, manga, and graphic novels.

CBLDF’s Executive Director Charles Brownstein says, “Nick’s sincere enthusiasm for comics shines through in everything he does, and we’re honored that he continues to advocate for the CBLDF’s important work with projects like this one.”

While orders will be randomly filled, it will be per artist. Fans can order Mark Bagley pages and/or Patrick Zircher pages and/or Tom Raney and Scott Hanna pages. Each random page will be available at $75.00 plus shipping and handling. You can find out more here.

In addition to his duties as CEO of Dynamic Force Nick Barrucci, is an avid art collector. If you have a collection of art to sell, drop him a line at nick@dynamicforces.com. 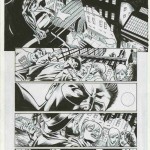 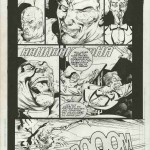 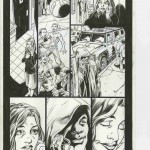 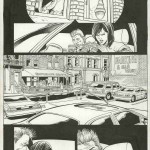 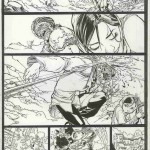 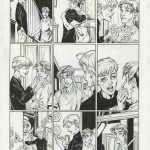 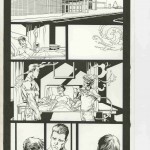 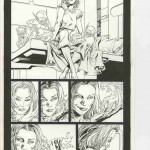 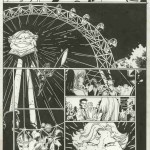 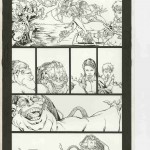 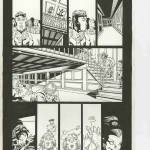 Visit our website for more information and products: www.dynamicforces.com

The Comic Industry’s leader in pop entertainment and collectibles!

DF is the comic book and collectible industry’s top producer of limited edition and autographed memorabilia, including comic books, lithographs, as well as functioning as a packager of comics, and having ranked as high as one of the top 5 suppliers of Diamond Comic Distributors, and a premiere comic and entertainment supplier for United States and International TV Shopping Channels (including being instrumental in QVC US’ Star Wars: Episode III Revenge of the Sith Movie and DVD Release), having placed key items in QVC’s Batman: Begins Movie shows and more!