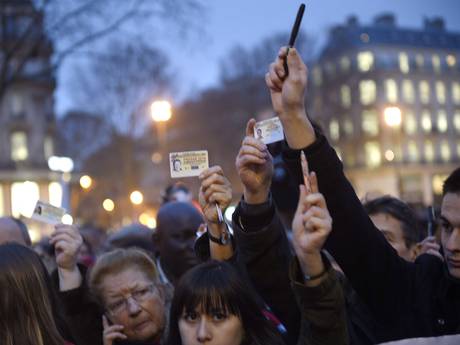 In the wake of the attack on Charlie Hebdo in Paris, many free-speech-loving Americans have been confused to say the least by the French government’s seeming hypocrisy in dealing with controversial expression. How could officials support the right to caricature Mohammed and other religious figures, but then arrest people for speech judged to be anti-Semitic or supportive of terrorism?

The answer — not a very satisfying one for anyone approaching the question with a First Amendment mindset, to be sure — lies in what French law considers to be protected speech under the country’s founding documents. In the United States, there are only a few narrow categories of expression that do not fall under the First Amendment right to free speech — which, it should be noted, does not necessarily mean that they are illegal in all cases either. These categories are “obscenity, fighting words, fraudulent misrepresentation, advocacy of imminent lawless behavior, and defamation,” as well as direct threats to individuals. As we all know, that leaves a whole lot of room for speech that many people consider to be offensive.

In France as in many European countries, however, there are a few more categories of unprotected — and automatically punishable — speech that have been written into law over the years. Holocaust denial is a crime, for instance, as is the act of provoking “discrimination, hatred, or violence toward a person or group of persons because of their origin or belonging to a particular ethnicity, nation, race, or religion.” In recent weeks, authorities have mostly availed themselves of a 2012 law that criminalizes the “justification of or incitement to terrorism” — with stiffer penalties if the speech happens online.

In practice this law has led to the arrest of comedian Dieudonné M’bala M’bala, a Frenchman of Cameroonian descent, for posting on Facebook that “I feel like Charlie Coulibaly” — a combination of Charlie Hebdo and the surname of the terrorist who attacked a kosher grocery store. A 16-year-old from Nantes was also arrested for sharing on Facebook a parody of a notorious Charlie Hebdo cover. Two men who verbally supported the attacks in separate incidents have already been tried and given prison sentences of six months and four years respectively. And this week news broke of an 8-year-old Muslim boy in Nice who was questioned (but not arrested) by police after he refused to affirm “je suis Charlie” along with his classmates on the day after the initial attack.

But while French law obviously includes some rather broad exceptions in what is considered free speech, one form that is protected in all cases is religious blasphemy. This protection has its roots in the revolution of 1789, when lawmakers perceived the absolute necessity of removing the Catholic Church from politics. For centuries under the monarchy, dissidents and other individuals who inconvenienced the ruling class had frequently been imprisoned on spurious charges of blasphemy, and revolutionaries wanted to make sure that could never happen again in their new republic.

In combination with the law banning hate speech, though, this means that it is today legal in France to mock or otherwise criticize any religion or religious figure, but often illegal to do the same against followers of that religion–which seems an impossibly fine distinction. Some American sources have tentatively suggested that France might consider restructuring its laws regarding both freedom of speech and freedom of religion to be more akin to the First Amendment, an idea that would doubtless be met with derision across much of the French political spectrum. But considering the ludicrous cases that have arisen under the newer provision banning speech that supports terrorism, we can at least hope that law might be reconsidered before it becomes equally ingrained and further complicates the question of what one is allowed to say in France.