CBLDF Executive Director Charles Brownstein is taking our mission international again, this time to Oslo, Norway, where he will speak about free expression, Charlie Hebdo, CBLDF’s mission, and the power of comics.

Brownstein will be participating in a number of events. Let’s take a look… 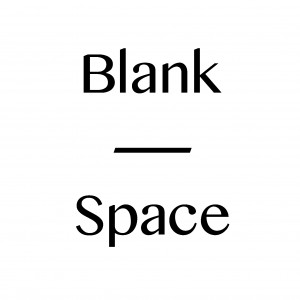 In 2015, the power of comics as free expression is not an abstract notion, it’s a matter of life and death. Blank Space, in collaboration with the Comic Book Legal Defense Fund, is inviting cartoonists to create short comics commenting on the struggle for free expression as it impacts their own work, and society at large for an exhibition opening on March 20.

Blank Space hopes to donate 100% of the profit from the sale of donated art to CBLDF. Unless the artist requests the return of the donated pieces, all artwork and accompanying materials not sold during the exhibition will be forwarded to CBLDF for future auctions and fundraising events.

More info on the exhibition, which runs through May 29, can be found at the Blank Space website here or on the Facebook event page here.

In 2015, the power of comics as free expression is not an abstract notion — it’s a matter of life and death. As Executive Director of the U.S.-based Comic Book Legal Defense Fund, Charles Brownstein has spent the past decade at the forefront of spearheading defense actions against a rising tide of censorship. CBLDF’s work has ranged from legal defense of prosecutions of readers and professionals; challenging unconstitutional laws against comics content; and fighting book bans in schools and libraries, all occurring in a climate of increasing risk and violence for the creators of unpopular speech. Brownstein discusses current global trends in comics censorship, and engages with the question of why the comics medium is so singularly powerful, and dangerous, in 2015.

This 30 minute lecture, held by Charles Brownstein, will be followed by a 45 minute panel discussion from local Norwegian comic artists and enthusiasts, including Flu Hartberg, Håvard S. Johansen ,and Aksel Kielland. This panel, focusing on celebrating comics as a form of expression, will be followed by a 15 minute Q+A session open to the audience. The event is completely free, and hosted by Kulturhuset.

This event is held in conjunction with a gallery exhibition hosted by Blank Space, opening Friday, March 20th at 18:00 -21:00. This show features comic art donated from artists all over the world, with proceeds going directly to support the Comic Book Legal Defense Fund who helps to give free legal representation to persecuted artist, authors, and distributors over the world. Famous supporters of their organization include Neil Gaiman, Frank Miller (Sin City), Jeff Smith (Bones), and dozens of others.

To get more information and RSVP, visit the Facebook event page here.

Once regarded as a trashy medium of low-value, comics and graphic novels are becoming increasingly central to 21st Century culture. The medium’s ability to convey elaborately constructed narratives of introspection or imagination is made all the more powerful by its egalitarian nature. Where other visual media require vast resources and infrastructure to reach an audience, revolutionary comics can be made with an idea, a little talent, and some ink. Charles Brownstein discusses the liberating power of comics.

Charles Brownstein is the Executive Director of the Comic Book Legal Defense Fund (www.cbldf.org), a non-profit organization protecting the freedom to read comics. During his tenure at CBLDF, the organization has achieved numerous legal victories, been cited by the U.S. Supreme Court, and has become the leading source of education and advocacy for combating the rising tide of comics censorship in libraries and schools. Brownstein is a prolific and sought out lecturer on the history of comics and censorship, and has addressed venues across the United States, as well as in Japan, Canada, and the United Kingdom. In addition to his work at CBLDF, he also writes extensively about comics; his publications include Eisner/Miller, The Oddly Compelling Art of Denis Kitchen, and Monsters & Titans: Battling Boy Art on Tour.

Space for the event is limited and requires registration. A small number of free tickets are available here. More information can be found here.