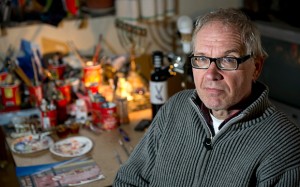 In Denmark, recent debates over whether the controversial political cartoons depicting Muhammad printed in the newspaper Jyllands-Posten in 2005 should be included in Danish textbooks for educational purposes have raised concerns not only over the appropriateness of including such material in an educational setting, but more importantly how to teach them.

In light of the recent events like the shooting at a Danish cafe hosting Lars Vilks, a Swedish cartoonist whose own depictions of Muhammad have incited controversy, and the attack on Charlie Hebdo, there has a notable rise in public concern regarding how people should be handling and talking about sensitive topics such as religion. Understandably, such events have brought about a strained atmosphere of self-censorship and fear of freedom of speech, but in the aftermath of the attacks that threatened free speech itself, people are now in the precarious position of determining the best way to teach future generations about the greater implications of these events and free expression.

This is the position that Denmark faces now ten years after the Jyllands-Posten controversy, in which twelve cartoons depicting Muhammad intended to encourage a conversation about the state of contemporary Islam instead incited outrage and threats. Although cartoonists and publications around the world stood in solidarity with Jyllands-Posten, this marked the first in a series of other cartoon controversies that would escalate to physical violence and death.

This being said, though, as Chairman John Rydahl of Denmark’s Association of Religious Education recently commented, teaching these kinds of events “should come sooner rather than later.” The point of including the cartoons in textbooks presented to children would be to teach them not only the importance of free speech and expression, but also the fundamental understanding that no matter what religion anyone practices or the beliefs they hold, that does not give them the right to enact physical violence. To include these cartoons in school textbooks would be an exercise in educating children about the challenges that free speech as encountered and by extension its necessity.

Rallying behind the inclusion of the cartoons are the two major political parties in Denmark, both of which see the value in a comprehensive rather than censored education. This type of education would represent the first step in not only sharing the history of this unique period in time with those who didn’t experience it first-hand, but also key to stressing the fundamental importance of being able to speak freely and express one’s viewpoints and opinions in a non-violent manner within the global community.