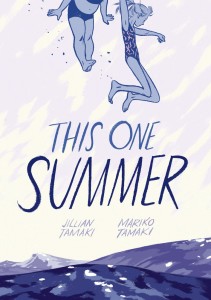 The ALA Annual Conference is coming to San Francisco, California, June 25-30, and librarians, educators, publishers, and special guests will mingle to talk about transforming our libraries! Among the events and panels is the Conversation Starter program: fast-paced, 45-minute sessions on the hottest issues. Voting is now open to select these panels, and among the nominees is “Should Graphic Novels Have Their Own Award?”

The panel idea came about because of controversy surrounding the ALA Youth Media Awards. In a pair of comic firsts, Cece Bell’s El Deafo made the shortlist for the Newbery Medal and This One Summer by Jillian Tamaki and Mariko Tamaki did the same for the Caldecott. Unfortunately, This One Summer ran afoul of censors as a result: Many people have the expectation that Caldecott winners and honorees are meant for the youngest readers. A few people ordered the book based on the award alone and have been shocked to find it contains mature material and is meant for ages 12 and up. Since the announcement of the Caldecott honor, CBLDF has been confidentially involved in monitoring challenges to This One Summer in various communities.

Some have questioned whether comics should be considered for the Caldecott and Newbery and have proposed a new award for graphic novels. “Should Graphic Novels Have Their Own Award?” is intended to further this discussion. The ALA website has a description of the proposed panel: