Happy Women’s History Month! All through March, we’ll be celebrating women who changed free expression in comics. This week we spotlight the authors whose work has been most frequently banned and challenged.

Follow our Tumblr every weekday for biographical snippets on female creators who have changed the face of free expression in comics by pushing the boundaries of the medium and/or seen their work challenged or banned. We’re also collecting the posts here on a weekly basis. 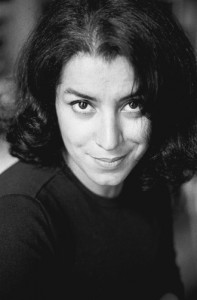 Satrapi often regaled her friends in France with stories of her surreal childhood, and they in turn introduced her to comics including art spiegelman’s Maus. She had been dabbling in children’s picture books without success, but spiegelman’s work proved that illustrated books could treat more serious subjects. Satrapi decided to try her hand at a graphic novel memoir, and produced Persepolis in four volumes between 2000 and 2003. They met with immediate critical and popular acclaim in France, and were translated and collected into two volumes for the U.S. market in 2003 and 2004. In 2007 she co-wrote and directed the animated movie based on the comics, which tied for the Jury Prize at the Cannes Film Festival, won two French Césars, and was nominated for an Oscar and a Golden Globe. 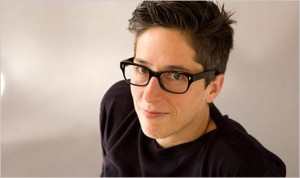 Alison Bechdel grew up in the small town of Beech Creek, Pennsylvania, the daughter of high school English teachers. Her family also owned and lived in the local funeral home, which her father Bruce meticulously restored in his spare time. When Bechdel reached young adulthood and realized she was a lesbian, her mother informed her of a fact that made many puzzle pieces from her childhood fall into place: Bruce was also gay and may have had liaisons with underage students. Just a few weeks after Bechdel told her parents of her sexuality, Bruce was struck and killed by a car while restoring another house. His death was ruled an accident.

Bechdel began her now-legendary comic strip Dykes to Watch Out For in 1983 at the urging of friends who were amused by the cartoon doodles that adorned the margins of her letters. Within a few years the strip, which explored the various archetypes of lesbian subculture, was syndicated in alternative publications across the country and regularly collected into book volumes. A Dykes to Watch Out For strip also established what has come to be known as the Bechdel Test for gauging the meaningful character development of women in movies and other pop culture.

Bechdel’s 2006 graphic novel Fun Home, which recounts her complicated relationship with her father, met with widespread critical praise and mainstream success—which also led to it being challenged in at least three instances. In 2006 it was temporarily removed from the public library in Marshall, Missouri after a patron said it was pornographic, but the book returned to shelves after the library drafted a collection development policy to protect controversial material that was also critically acclaimed and/or in demand. Two years later a challenge at the University of Utah was also shut down when the English department and the university affirmed that the single student who objected to the book had been reasonably accommodated with an alternate assignment.

In 2014, Fun Home faced a greater challenge in South Carolina, where some state legislators proposed punitive budget cuts against the College of Charleston because it incorporated the book into a voluntary summer reading program for incoming freshman. After months of debate, the legislature eventually reached an unsatisfactory but highly ironic “compromise”: the college would have the funding restored, but would be required to use it only for teaching about historic documents including the Constitution. Meanwhile, Bechdel’s talent was recognized and supported with a MacArthur Foundation “genius grant” also awarded in 2014. 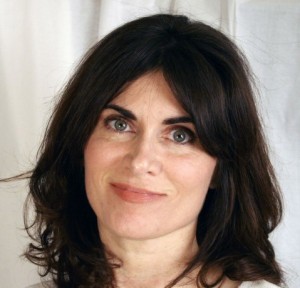 Phoebe Gloeckner grew up in the San Francisco Bay Area, which many know as the birthplace of underground comix. As a child, Gloeckner met several of the artists behind the irreverent — and frequently banned — underground comix. But Gloeckner didn’t set out to be a comic book artist. She originally studied medical illustration, establishing herself as an artist of internal human anatomy. 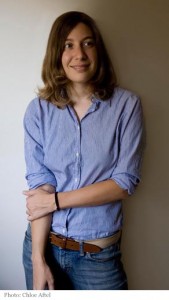 When it comes to autobiographical comics, few creators are as precocious as Ariel Schrag. Before Schrag had even finished high school, Slave Labor Graphics had released three volumes of her High School Comic Chronicles series. Her ambitious and confessional work has been widely praised, drawing comparisons to notables such as Alison Bechdel, Judy Blume, and R. Crumb. Her work honestly confronts coming of age, sexual awakening, and sexual identity, often with sharp and mesmerizing humor.

Schrag hasn’t limited herself to graphic novels. She’s written for television, most notably for the Showtime series The L Word; provided articles and illustrations for periodicals around the country; been the featured subject of a documentary; and edited comics anthologies. It was this last role that brought her to the attention of would-be censors: In late 2011, CBLDF joined the ALA Office for Intellectual Freedom in writing a letter to the superintendent of the Dixfield, Maine, school system in order to prevent the removal of the anthology Stuck in the Middle: Seventeen Comics from an Unpleasant Age from library shelves. Schrag edited Stuck in the Middle, and it includes contributions from acclaimed graphic novelists Daniel Clowes, Dash Shaw, Gabrielle Bell, Lauren Weinstein, and more. The book received praise from Booklist, the New York Times, and Publishers Weekly, and it was selected for New York Public Library’s “Books for the Teen Age” list in 2008.

Ultimately, the school board voted to leave the book on library shelves with the caveat that students must have parental permission to check out the book. CBLDF Executive Director Charles Brownstein expressed his concerns over the Dixfield decision: “While we’re pleased to see the book retained in the library’s collection, we’re very disappointed that it is retained with restrictions.” 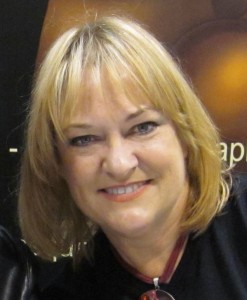 Wendy Pini discovered comic books as a teenager in the 1960s, devouring them alongside science fiction and fantasy novels. Pini was undeterred by the fact that, as a woman, she wasn’t necessarily the target market for the comics and books she read. She soon began drawing her own illustrations, drawing inspiration from the fantasy and science fiction she read (she also drew the ire of at least one high school art teacher who tried to discourage Wendy’s fascination with the fantastic). Pini also embraced fandom, becoming a fixture at fantasy and sci-fi conventions, where she was well-known for intricate cosplay.

During the early 1970s, the largely self-taught Pini illustrated covers for DC and Mavel as well as science fiction and fantasy magazines such as Galaxy, Galileo, and Worlds of If. In 1978, Pini, alongside her husband Richard, launched what has become one of the longest-running independent comics series: Elfquest. In Elfquest, Pini created a diverse cast of characters and frequently addressed contemporary social issues through her stories and illustrations. Pini’s artwork in Elfquest is inspired in part by Japanese manga and looked nothing like the work that dominated comics at the time the series launched. Her characters were more androgynous, and the artwork was notably feminine and sensual. When Elfquest debuted in Fantasy Quarterly #1, it became an instant hit especially among female comics fans. Now in its 37th year, the series has a loyal and broad fanbase and is considered by many a touchstone of independent comics.

Elfquest often depicts issues and events that aren’t commonly subjects of the comics medium. An issue in the Elfquest: New Blood series, published in the early 1990s, included panels that focused on childbirth. The imagery included partial nudity, but the event was tastefully illustrated and conveyed as life-affirming. Unfortunately, someone in West Virginia didn’t agree. In 1999, a social worker gave a neighborhood boy a copy of the comic, and the boy’s grandfather contacted authorities after a verbal confrontation with the social worker. Dragged from his bed in the middle of the night and arrested for distributing obscene materials to a minor, the social worker contacted CBLDF for assistance. The comic came nowhere near failing the Miller test for obscenity, so CBLDF legal counsel Burton Joseph was able to get the charges dismissed.

← Happy Birthday to You, Dr. Seuss!
When Satire Found a Home in Muslim Azerbaijan →