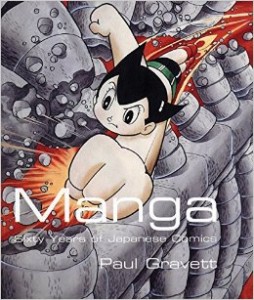 A recent feature from Anime News Network about 7 Manga Banned Around the Globe brought to our attention a few instances of manga censorship that we haven’t covered because they predate our news blog by a few years. We did some digging to see what we could turn up, so read on for more!

Perhaps the most grievous example on the list is from California’s San Bernardino County Library, which in 2006 removed 13 copies of the critically praised compendium Manga: Sixty Years of Japanese Comics from its branches after a 16 year old and his mother complained of sexually explicit imagery in the book, which was shelved in the adult section. Under pressure from the chairman of the County Board of Supervisors, library director Ed Kieczykowski agreed to pull the book from shelves, noting that it contains “a couple of pretty graphic scenes, especially one showing sex with a big hamster, that are not especially endearing to our community standards.”

Speaking of cuddly chubby-cheeked animals, Pokémon also made ANN’s list due to a fatwa that has been imposed on the entire franchise–trading cards, video games, comics, and other merchandise–in Saudi Arabia since 2001. Clerics said that the trading cards encouraged gambling and displayed religious symbols including Stars of David and Christian crosses.

In 2007, Beijing authorities targeted Death Note as well as bootleg derivations that flourished in China. It seems that parents and teachers had complained that children were “spending too much time on reading the horror stories and not enough time on studying,” so the municipal government labeled them “illegal terrifying publications” and confiscated them from newsstands and other retailers. At least one publisher, Hualing Publishing House, said it would not comply with a decree to stop shipping the books because its licensing was in order and “people should have the right to choose to read the book or not.” Death Note is no stranger to controversy in the U.S. either; last year, for instance, a Phoenix-area news station seized upon the book’s tenuous connection to a troubled eighth grader who was removed from school after sending suicidal text messages.

Check out ANN’s selection of banned manga here! We have coverage on most of the other cases listed, including Ultraman in Malaysia, Dragon Ball Z in Wicomico County, Maryland, and Barefoot Gen in various schools around Japan.