The Misadventures of Salem Hyde by Frank Cammuso

The Misadventures of Salem Hyde is a wonderful series about a strong-willed, spunky, impulsive young witch living in a non-witch community, who has a slight problem: Her spells tend to backfire. However, with the help of Whammy, her companion cat, she slowly deals with her “spelling” issues while boldly facing her nemesis Shelly and her teacher Mr. Fink (who “dislikes all kinds of kids but especially Salem”). The Misadventures of Salem Hyde received starred reviews from Kirkus Reviews and Publishers Weekly, and was named one of the Top 10 graphic novels of 2013 by The School Library Journal. These books contain fun-filled adventures and wordplay that make them an awesome read for kids of all ages. The are currently three volumes in the Salem Hyde series.

• Using Graphic Novels in Education: The Misadventures of Salem Hyde 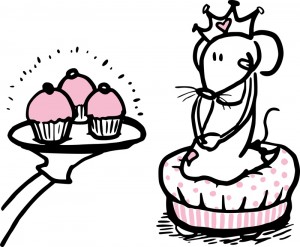 Babymouse is an award-winning graphic novel series that showcases the trials and tribulations of elementary school students and teachers, as seen through the eyes of Babymouse, a spunky, lovable mouse who wrestles with popularity, quirky lockers, competition — in the school band, school play, math Olympics, and even the best birthday party ever — and more. The series has won multiple Children’s Choice awards, the 2006 Gryphon Award, the 2006 ALA Notable Children’s Book Award, the 2006 New York Book Show Award. The series currently stands at 19 volumes for fun for readers of all ages! 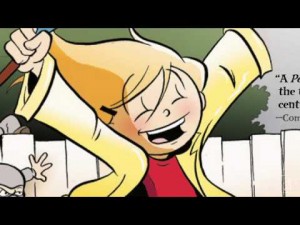 Amelia Rules! is an empowering, heart-warming story about Amelia Louise McBride, who moves with her Mom to a small town in Pennsylvania to live with her uber-cool aunt Tanner after her parents’ divorce. Amelia, along with her friends Reggie, Pajamaman (or PJ), and Rhonda Bleenie (Amelia’s best frenemy) take on the world with some guidance from Tanner, a former rock-star. Through laughs, challenges, and spills, we learn about friendship, family, the truths of life, and the joys of not taking anything too seriously — as long as there are people (as flawed as they may be) to provide support when necessary. Amelia Rules! is a New York Times bestseller. It has been nominated for 13 Eisner Awards (four nominations in 2008 alone), has been nominated for five Harvey Awards, and was a short list finalist for the Howard E. Day Prize in 2002. In 2007, Volume 3: Superheroes won the Cybil Award for best graphic novel for readers aged 12 and under. In 2008, Gownley won the Pennsylvania Library Association One Book Award, and in 2012, Volume 8: Her Permanent Record became the first Amelia Rules! book to make the New York Times bestseller list. There are nine volumes in the series. 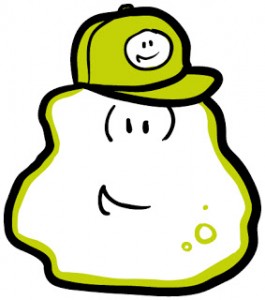 Squish is a comic book-loving, Twinkie-eating, blubbery, super-swell amoeba “kid” who wrestles with good and evil in life around him and learns about life’s responsibilities. He faces all sorts of challenges with his friends Pod, a nerdy, mooching amoeba who’s always working on some lay-brained science scheme to help him tame his world, and Peggy, a clueless, huge-hearted, super-sweet, happy-go-lucky loving paramecium. The Squish series is full of fun, humor, and real-life problems facing middle school “microorganism kids.” These endearing pond-dwelling microorganisms deal with issues of friendship, bullies, overcoming fears, and learning that doing the right thing is one of life’s greatest challenges — and rewards — whether you’re a superhero like Super Amoeba, or a plain kid like Squish. The Squish series currently stands at seven volumes.