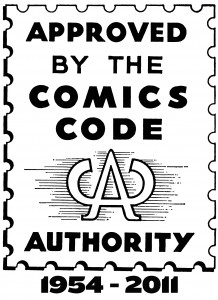 Did you know that every year CBLDF reaches thousands of people with our education and history programs? CBLDF needs your membership to continue our important programming! SPRING INTO ACTION and become a member of CBLDF today so we can do more work like this:

Naturally, much of our historical research touches on the influence of the Comics Code Authority which regulated the content of mainstream comics for nearly 60 years. When the Comic Magazine Association of America dissolved in 2011, it donated the seal to CBLDF. Now the former mark of industry self-censorship graces merchandise sold to benefit the ongoing fight for free expression in comics!

At nearly every convention we attend, our staff presents at least one panel exploring some aspect of the history of comics censorship. Travel to conventions, the research required for presentations, even the tools to put them together — this is all made possible by memberships and donations from CBLDF supporters!

Here are just a few panels we’ve done recently (and this is just the tip of the iceberg!):

History of the Comics Code

60 years ago, comics were put on trial in nationally televised Senate subcommittee hearings that had shattering repercussions for this great American artform. CBLDF executive director Charles Brownstein tells the tale in this presentation about the shocking history of moral panic that led to this historic hearing and the birth of the Comics Code Authority, which regulated the medium’s content for more than 50 years.

Bill Gaines is one of the most important figures in comics history. As the publisher of EC Comics and MAD Magazine, he oversaw some of the greatest comics and cartoon satire ever made. But over the years he had to fight for the right to create these comics, and along the way he helped change the face of the industry and the law. From the Comics Code to the Supreme Court, history has proven Bill Gaines was right! This panel is moderated by CBLDF Deputy Director Alex Cox.

In the 1960s and ’70s, publishers fled from spinner racks to magazine stands to escape the bonds of the Comics Code Authority. While comic books continued to labor under the stigma of low-value, juvenile speech, the larger-format magazine comics broke out, giving artists a safe haven to openly deal with adult content, provide more horror and suspense, and be frank about sexuality. Magazines like Mad, Creepy, and Eerie paved the way for a generation of titles that included Heavy Metal, Vampirella, Epic Illustrated, 1984, and Savage Sword of Conan to break new ground for a general audience and loosen the reins on some of comics’ top creators. CBLDF deputy director Alex Cox reveals the untold history of magazine comics, reviewing the impact of publications from Warren, Marvel, Heavy Metal, National Lampoon, and more!

Our website hosts the online version of a presentation that has been delivered to audiences of scholars, lawyers, advocates and readers all over the United States and even to international supporters. You can also contact CBLDF about bringing this presentation to your group!

The six-part History of Comics Censorship begins in the 1940s, with the growing anti-comics backlash (complete with burnings!), continues through the Comics Code and Underground years, and finishes in the present day with the challenges that comics continue to face in libraries and schools, as well as some recent prosecutions for manga. The work to compile this documentation was made possible by support from members and supporters like you!

This May, make a difference by becoming a member of Comic Book Legal Defense Fund during our SPRING INTO ACTION Membership Drive! Become a #comicdefender today, and help CBLDF reach our goal of signing up 500 new or renewing members in May. Your membership will help advance our work protecting the freedom to read comics!

We can only do this work with your support! Please make a 100% tax-deductible gift to CBLDF today. Your contribution will help us fight censorship and protect the freedom to read comics. Please help us continue our comics hostory and education work by joining CBLDF and becoming a #comicdefender now! 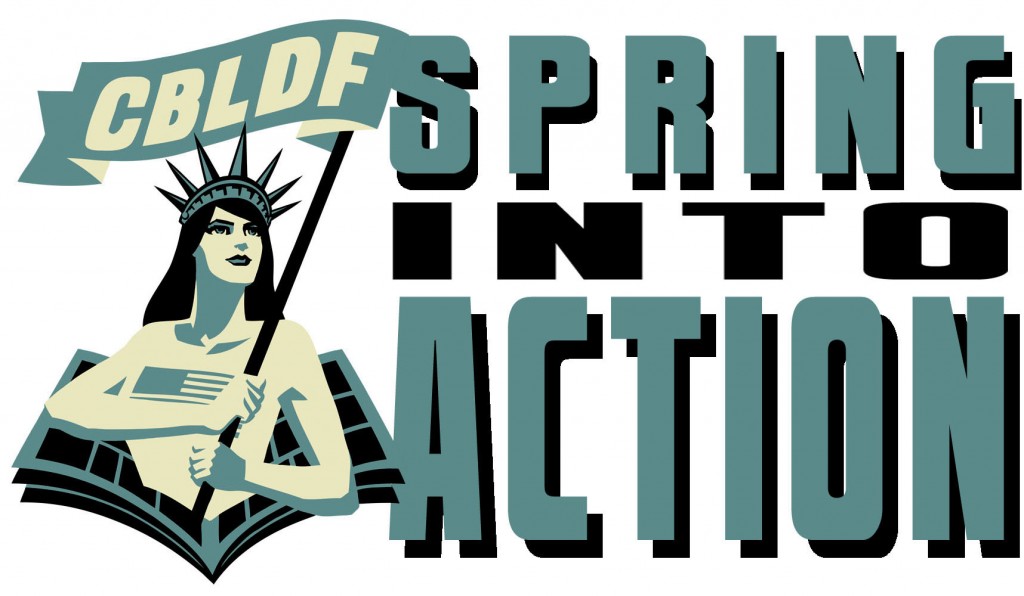