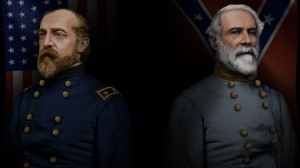 Last week, as businesses including WalMart, Target, and Amazon announced they would stop selling Confederate-flag-themed merchandise, Apple attempted to follow suit in its iOS App Store. Initially, however, this resulted in the disappearance of virtually all games about the U.S. Civil War, where the flag naturally features in its original context.

When TouchArcade first reported this story on Thursday, Apple was telling developers of historical games that their apps were removed because they featured the Confederate flag “used in offensive and mean-spirited ways.” A spokesman for Scotland-based Hexwar Games, which counts five Civil War games among its world history-spanning offerings, said that nothing could be further than the truth: “We’re in no way sympathetic to the use of the flag in an offensive way, we used it purely because historically that was the flag that was used at the time.”

Early reports indicated that Apple would only allow Civil War games to return if developers agreed to remove or replace the Confederate battle flag. Maxim Zasov, CEO of Ukraine-based developer Game Labs which makes Ultimate General: Gettysburg — a meticulously faithful simulation of that battle — said that while he sincerely hoped “Apple’s decision will achieve the desired results,” he was not willing to rewrite history in order to get the game restored to the App Store:

Spielberg’s “Schindler’s List” did not try to amend his movie to look more comfortable. The historical “Gettysburg” movie (1993) is still on iTunes. We believe that all historical art forms: books, movies, or games such as ours, help to learn and understand history, depicting events as they were. True stories are more important to us than money.

By Friday afternoon, though, Civil War games began to reappear unchanged — except that the Confederate flag is no longer permitted on game icons or screenshots that appear in the App Store. The prohibition seems to apply only to games and not to other types of apps such as this travel guide to Georgia Civil War sites, in which the flags of both sides are visible in the icon and the screenshots. This is likely more evidence of Apple’s stubborn insistence that games have a special obligation to avoid complex real-world issues, as outlined in its guidelines for App Store developers:

We view Apps [as] different than books or songs, which we do not curate. If you want to criticize a religion, write a book. If you want to describe sex, write a book or a song, or create a medical app. It can get complicated, but we have decided to not allow certain kinds of content in the App Store.

Of course, Apple is a private company and can apply whatever rules it wishes on its own platform. But as the country grapples with the legacy of trauma represented by the Confederate flag, we must take care not to overreach and simply erase any historical treatment of it whatsoever. For a negative example, we need only look to Russia, where a new law banning display of Nazi propaganda recently led some bookstores to pull Art Spiegelman’s Maus — a book that is the opposite of Nazi propaganda — off their shelves due to the swastika on the cover.