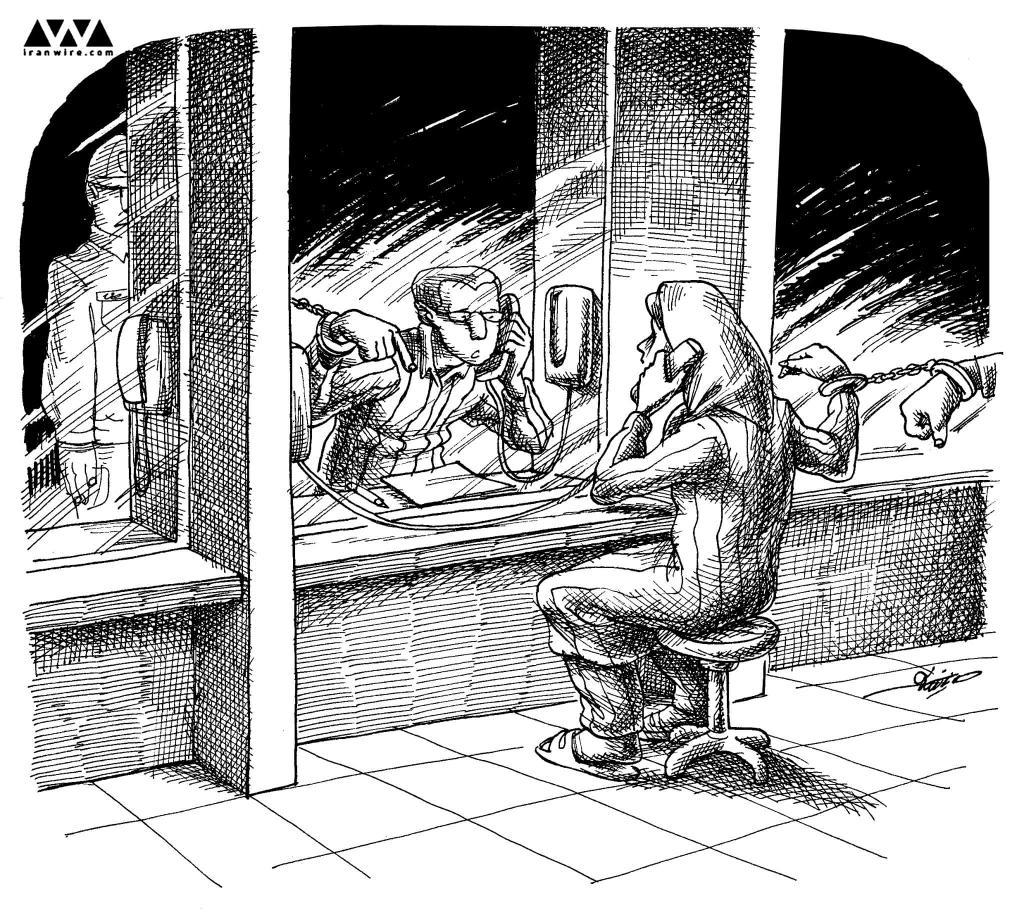 Just a few weeks after Iranian artist and activist Atena Farghadani was sentenced to over 12 years in prison for drawing a cartoon of her country’s lawmakers, her defense lawyer Mohammad Moghimi has now been arrested as well. The alleged crime: shaking his client’s hand, which authorities say constitutes adultery.

While it is indeed illegal to shake hands with unrelated members of the opposite sex in Iran, the law is not usually enforced so zealously; in fact, the country even has a growing population of cohabiting unmarried couples. The arrest of Moghimi, then, is a transparent attempt by the government to stymie Farghadani’s defense during the ongoing appeals process. Moghimi will reportedly be released on bail of 20 million tomans (about $6900). According to a report at Global Voices Online, Farghadani will likely be charged with adultery as well.

According to an update on a petition initially posted a few days after Moghimi’s June 10 arrest, the lawyer was beaten in front of his family when he was brought to court for a hearing, just as Farghadani was before her sentencing earlier this month. Prior to his own arrest, Moghimi had been arguing for her sentence to at least be reduced, if not overturned. He cited a provision in the penal code which says when someone faces multiple charges, “sentencing will be limited to the maximum punishment for the crime with the heaviest sentence.” In Farghadani’s case, that would be 7.5 years rather than the 12 years and 9 months she received.

Moghimi had also argued that by criticizing lawmakers, Farghadani was actually carrying out an essential civic duty:

Article 8 of the Iranian Constitution expresses that it is upon everyone to ‘prevent vice and promote virtue,’ and this is a two-way responsibility both the nation and the state have  vis-à-vis each other. Expressing criticism is also a part of freedom of opinion and expression.

Apparently, Moghimi may have been doing his job a little too well. Unable to counter the logic or truth of his arguments on behalf of his client, authorities instead found an excuse to arrest and silence him in turn.