Join CBLDF in San Francisco June 26 – 29 for the American Library Association’s Annual Conference and Exhibition! We’ll be at booth 211 with the debut of the 2015 edition of CBLDF Banned Books Week Handbook, the second issue of CBLDF Defender, our quarterly news magazine, and much more!

Join us in the Gaming & Graphic Novel Pavillion at booth 211 to help defend the right to read comics! CBLDF Executive Director Charles Brownstein and Editorial Director Betsy Gomez will be on hand to talk about our work protecting the First Amendment rights of the comics community. He’ll be joined on programming by Jillian Tamaki and Mariko Tamaki, the creators of This One Summer; Gene Luen Yang, the award-winning creator of American Born Chinese and Boxers & Saints; and Eva Volin, Supervising Children’s Librarian for the Alameda Free Library! 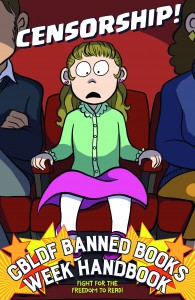 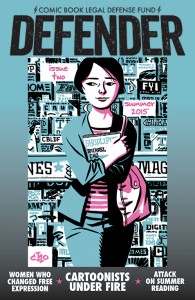