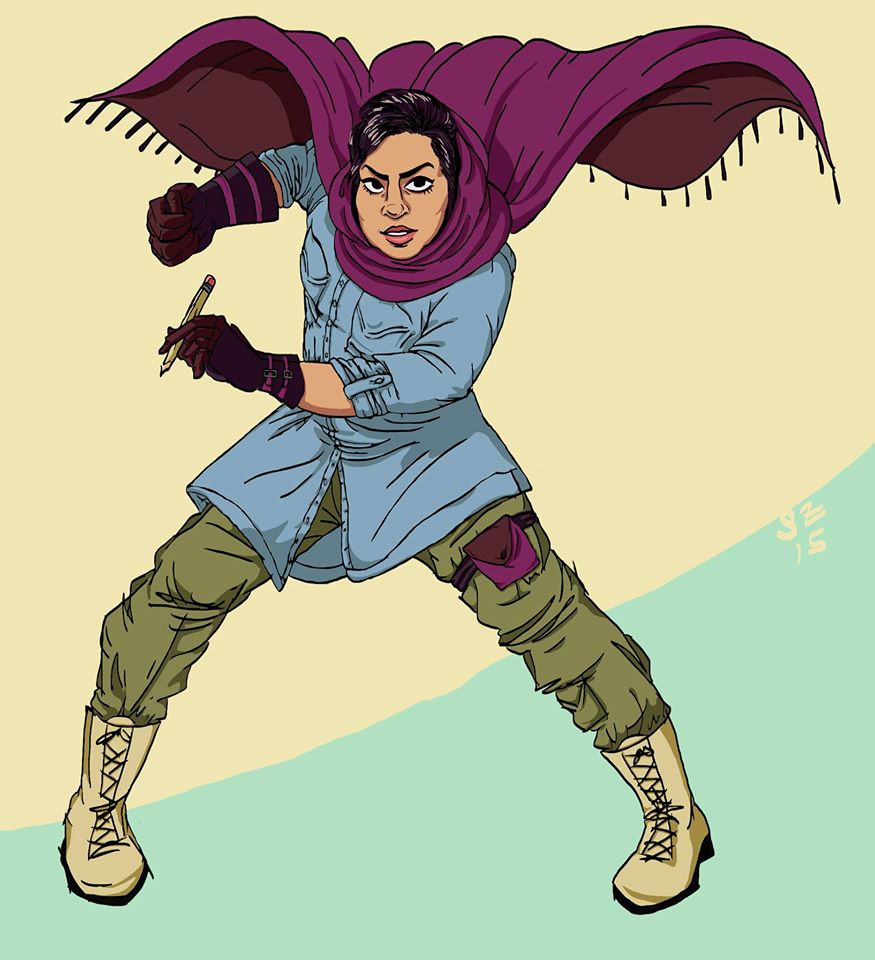 As Iranian artist and activist Atena Farghadani continues to languish in prison, sentenced to 12 years and 9 months for a cartoon she drew depicting members of her country’s parliament as animals, she recently got some support from actress and fellow countrywoman Nazanin Boniadi in an op-ed for CNN. Boniadi hopes to raise the international profile of Farghadani’s plight as the world’s attention is focused on negotiations over Iran’s nuclear program.

Furthermore, last month Farghadani and her defense lawyer Mohammad Moghimi were both charged with adultery for shaking each other’s hands, which is technically illegal between unrelated members of the opposite sex but rarely prosecuted.

Nazanin Boniadi was born in Iran, grew up in London, and has landed recurring roles on TV series including How I Met Your Mother, Scandal, and Homeland. As a spokeswoman for Amnesty International USA, she has previously spearheaded campaigns on behalf of Iranian filmmakers arrested for their art, and in last week’s piece for CNN she said that commitment to free expression naturally led her to take up Farghadani’s cause as well:

As an actress, I value and rely on peaceful self-expression, not only in my daily life, but also in my professional work. This is particularly true as my commitment to the promotion of human rights is an integral part of my calling as an artist. So when I see another socially committed artist persecuted for upholding the values I hold dear, I feel it incumbent upon myself — and artists everywhere — to condemn this outrage against our entire community.

Farghadani will eventually be proved right, Boniadi continues, but by then it will be too late to spare her–and the many other political prisoners currently held in Iran–an unjust prison sentence:

History’s lesson, of course, is that attempts to suppress free expression have merely confirmed the caricaturists’ original critique of heavy-handed and objectionable actions of overreaching governments.

But Farghadani does not have time to wait for history to judge the repressive system in Iran, one that crushes expressions of peaceful dissent. It breaks my heart to think that she could remain in prison for another decade or more if forced to serve her full sentence.

With all this in mind, I urge artists and concerned citizens everywhere to join me in calling on Iranian authorities to release Farghadani immediately and unconditionally, and to make human rights a priority even as much of the world is focused on the nuclear talks.