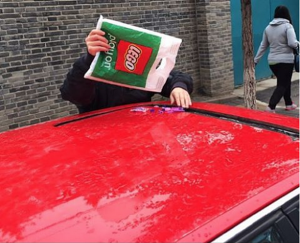 Fans of Chinese artist Ai Weiwei are setting up collection points for donated LEGO bricks around the world after the Danish company refused to fulfill a bulk order for his upcoming show in Australia. In response to inquiries, a LEGO group spokesperson said “we refrain – on a global level – from actively engaging in or endorsing the use of Lego bricks in projects or contexts of a political agenda. This principle is not new.”

Despite the protestations, Ai suspects that the company’s refusal is tied to its desire to ingratiate itself with the Chinese government, which is no fan of the artist. Since he made a name for himself as a public gadfly, notably in relation to the bulldozing of residential neighborhoods prior to the Beijing Olympics and the shoddy construction of schools that collapsed in the 2008 Sichuan earthquake, killing thousands of students, he has been under constant government surveillance and was detained without charge for three months in 2011. Even after his release, authorities revoked his passport to prevent him from travelling internationally or directly participating in exhibits of his work abroad. The passport was abruptly returned earlier this year and he has since travelled to Germany and the UK, although he is currently back in China.

Ai already designed one exhibit incorporating millions of LEGO bricks: a series of mosaics showing international political prisoners which were part of an installation at Alcatraz from September 2014 through April 2015. The For-Site Foundation, which facilitated that exhibit, successfully placed a bulk order with LEGO Group to supply it–although Ai said even that was “a difficult process [because] the company really was not willing.” But when Melbourne’s National Gallery of Victoria last month attempted to do the same for the upcoming “Andy Warhol | Ai Weiwei,” LEGO flatly refused.

Like many international corporations, LEGO Group has found China’s burgeoning middle class too tempting to ignore; the company has a factory slated to open in Jiaxing in 2017. But in order to operate in China, foreign companies must agree to play by the government’s rules–which often means suppressing dissident speech. LEGO may not be aware of just how closely it is observing the Chinese model of censorship, whereby private companies like social media platform Sina Weibo block certain keywords, users, and images at the behest of the government. (Facebook also is reportedly desperate to get in on the action–a tacit admission that it would gladly block “controversial” content such as discussion of the Tiananmen Square Massacre within China.)

After Ai publicized LEGO’s refusal this past weekend via Twitter and Instagram, he was deluged with offers of donated bricks from around the world. LEGO itself even hinted at this option in a statement:

Any individual person can naturally purchase or get access to LEGO bricks in other ways to create their LEGO projects if they desire to do so, but as a company, we choose to refrain from engaging in these activities–through for example bulk purchase.

Ai took the hint and parked the first “collection point”–a red 1980s BMW with the sunroof open a crack for LEGO deposit–outside his studio in Beijing. The National Gallery of Victoria will station another car/container in its sculpture garden this Thursday, and the artist said on Instagram that he is looking to “rent, borrow or buy second-hand” the same BMW 5S Series sedan in cities around the world. He will publicize the locations of collection points on Instagram and Twitter as they are added.

While fans around the world are rallying behind Ai, one outlet that heartily approved of LEGO’s decision was the China Global Times, a state mouthpiece. The paper’s Chinese-language op ed on the controversy approvingly noted that “commercial organizations and national governments will become more well behaved and more scared to apply a double standard to China,” while an English-language report quoted “experts” who described Ai as a stooge of the West and praised LEGO for being “unwilling to let politics influence its business.”